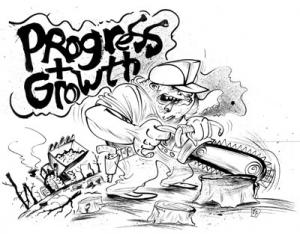 The beach at Sandy Creek Park is a little slice of heaven. In fact, along with Otter*Pops and badminton, that beach represents prong number two in a three-pronged plan of mine to extract as much R&R as possible from what will likely be a long, dry, peachless Georgia summer. I’m not sure why, but whenever I visit the Sandy Creek beach, I am somehow reminded of that Savage Steve Holland movie One Crazy Summer, which is essentially the story of a greedy land developer who gets dissed and dismissed by John Cusack, who plays the role of Amiable Good Guy We Can All Get Behind. It’s an inspirational enough movie, but lately it’s been haunting me. I now know why: it’s a perfect representation of my fear that one day soon some cadre of gentrifying land developers will try and build luxurious yet affordable lakeside university housing units at my beloved park. That would be a damn shame, too. It would mean that my sparse, three-pronged plan now had one less prong to get by on, but more importantly, it would signify that yet another greenspace in Athens had at last been devoured by the Big Money boys. That’s just the kind of dark fantasy that keeps me up at night and then, as I sleep, spins itself into multifarious night terrors. Case in point: I was holding down the beach at Sandy Creek last weekend, feeling irie, when I was gently lulled into a deep slumber by that curious acoustical resonance of lake water lapping at a manmade shoreline. At this time, I entered into a dream state. Goodbye, consensual reality. Hello, depths of my psyche:

Fade in on a crossroads somewhere in Athens-Clarke County. It’s midnight and through the gauze of fleeced clouds and moonlight, a congregation is forming: two frat brothers, three postmodern townies, four native proletariats, a handful of tree-huggers, a gaggle of gutter punks, a yuppie pushing a double-decker stroller, a couple of immigrant lumpen eager to make some dolares, a university freshman, his tenured History 101 professor, and one hard-times, depressed workingman from Jackson County stranded, his El Camino done broke down on his way to fill out more paperwork at Mental Health to try and get an appointment with a therapist sometime before the next Harmonic Convergence. They are here to settle a dispute, once and for all. Who will lay claim to the Athens identity?

At first, the members of each subculture coolly outline the reasons they should be the torchbearers of our fair city. The yuppie explains that her ilk is Athens’ economic backbone. The frats beg to differ. The proletariats n’ immigrants argue passionately yet reasonably that “y’all couldn’t do a damn thing without us here to do the real work.” Meanwhile, the freshman quietly dissociates with a little YouTube and mary jane while the feller from Jackson County suffers a psychotic break, which is less a personal pathology and more of a natural response to managed care and the Kali Yuga (the proverbial “End Times,” according to Hindu mythology). He’ll get a prescription for anti-psychotics, but for now he wanders into one of our many local liquor stores, gets laced on Old Crow and, freed from the shackles of linear thought, races around, trying to wrangle the masses up with a jumper cable. What had begun as a Somerset Maugham-esque scene of existential propriety quickly degrades into a calamitous conflagration of mudslinging and fist-fighting in the mud, blood and beer. The gutter punks say, “Hell yes!” and gleefully take part in unraveling the social order, but are unable to successfully spange so they form a band, but since banding together ultimately doesn’t accord with certain members’ visions of total autonomy, they will reluctantly take jobs, pupate, and end up running locally-owned and operated video stores, record stores and brewpubs.

“Wow, man. Cycle of life,” the dream-me murmurs. “A perfect microcosm.” Just then, I hear a gravelly, menacing sound on the horizon. I look east and I look west and behold an advancing line of growling, mantis-like earthmovers. Plowing up rock outcroppings and laying waste to deciduous forests, the Greedy Land Developers lurch forward, unstoppable, in the names of Progress and Growth. Distracted by their own melee, the Athenians do not notice. Before long, all the farm land and forest is one red clay slick. The bulldozers then begin shoveling the Athenians into their gaping, mechanical maws. Terror-struck at last, the Athenians scatter like bewildered ants, but it is too late. Only a scant handful survive the worst of man and machine. It is at this moment in my dream that I perceive a message bubbling up from the unconscious, a message I will remember word-for-word weeks after waking. A Muscogee Creek elder appears, beatific and radiant. He says, “Don’t you see? The land is what unites the people first and foremost. When the land goes, the soul of the people is forever lost.” The mob grows chaste and silent. A fair breeze blows. All our hearts open at last, true change and progress is now possible. But then somebody litters, the Creek elder drops a lonely old tear, and the land developers react by tilling him and everyone else under into the final remains of humanity, red clay and privet. “Lawd,” dream-me says aloud, “Where’s John Cusack when you need him?” But, alas, The Cusack is nowhere to be found, so the carnage unfolds into total annihilation. That’s the end of my dream. Fade out.

Recently, I told this dream to ex-pat Athenian Ryan Hurd, who now lives all the way out in California. Hurd’s a lucid dreamer, an archaeologist, and a recent graduate of JFK University’s “Consciousness Studies” program. I’m forever trying to coax him back to Athens, so he can share what he’s learned with the rest of us, but in the meantime he fields a lot of my dream-related queries. After hearing the details of my dream, Hurd and I got to talking about the future of Athens, the sprawl, and what’s being plowed under.

He shared with me some sites he feels are worth fighting for and, in passing, mentioned a particularly interesting site that has been preserved for many years: the rock piles out at the State Botanical Garden. “Rock piles? What’s ‘at? Like Andy Goldsworthy’s eco-art?” I said. “Far from it,” he replied. “They’re one of the most fascinating things in Georgia that nobody’s ever bothered to really study, at least as far as I know. And that’s probably why they’re still there.”

Hurd went on to explain that in a densely wooded area of the Botanical Garden, above a rock outcropping on the Middle Oconee River, lie about 30 rock piles (or “cairns”) ranging from a few inches to a few feet in height. He explained that cairns like this are tucked in woodlands all over Georgia, and are typically regarded as archaeologically insignificant relics of turn-of-the-century farmland clearing. Even still, there are those who would maintain that the cairns are sacred formations erected by Muscogee Creek Indians a long time ago – maybe hundreds of years. To wit: earlier this year, an extensive, non-profit, inter-tribal Native American organization called the United South and Eastern Tribes issued an official resolution (#2007-037) regarding such stone structures, wherein it is stated that, “whether these stone structures are massive or small structures, stacked stone rows or effigies, these prayers in stone are often mistaken by archaeologists and State Historic Preservation Offices as the efforts of farmers clearing stones for agricultural or wall building purposes….”

The resolution goes on to ask that state and federal government forces work to protect the sacred stone piles from such travesties as inattention, outright plunder and what we nowadays quaintly call “growth,” “progress” and “land development.” Of course, the rock piles at the Botanical Garden have been generally protected for a long time – not so much because they’ve been revered, but because they’ve been overlooked and hidden. So it goes so often in these modern times: the things that endure are the things that fly under the radar. There’s another kind of survival, too, though, an alternative to the brutish natural selection of our materialistic culture: It’s the things that are truly prized, valued and protected that endure. Value and protection – that’s what it looks like the United South and Eastern Tribes are trying to instill with their missive. It’s the proverbial “good fight,” too, because there’s a whole lotta bulldozers just rearin’ to go all across this fine state. Can you hear them? I sure do. They’re now on the outskirts of downtown Athens, and they’re inching closer every day.

The Groundhogs Are Coming