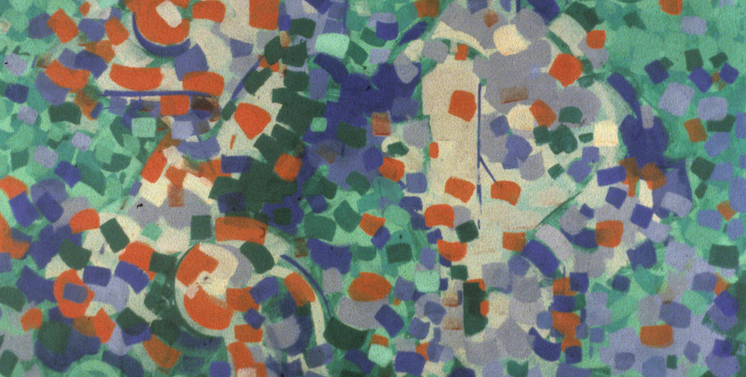 It’s not uncommon for artists to be unconcerned about, or even resistant towards, adhering to the styles or ideologies of a specific artistic movement, with many labels being retrospectively given by historians or the general public. One such group received the moniker “Irascibles” after signing an open letter to protest the Metropolitan Museum of Art’s juried exhibition American Painting Today, 1950. Condemning the museum’s director for expressing “contempt for modern painting” and the selected jury as “notoriously hostile to advanced art,” the letter stated, “We draw to the attention of those gentlemen the historical fact that, for roughly a hundred years, only advanced art has made any consequential contribution to civilization.”

Signed by 18 American painters with support from an additional 10 sculptors, the letter was published on the front page of The New York Times, sparking a flurry of stories through the media. The following year, a widely circulated group portrait of these same artists appeared in LIFE magazine, leading them to become the faces of what was soon coined abstract expressionism.

Currently on view at the Georgia Museum of Art, “Advanced and Irascible: Abstract Expressionism from the Collection of Jeanne and Carroll Berry” demonstrates the couple’s efforts in gathering works by these so-called Irascibles. The exhibition spotlights a group of artists who, while historically united through their opposition, largely worked independently from each other. Stylistically recognized for gestural approaches to painting and mark-making, each had his or her own idiosyncratic flourish. 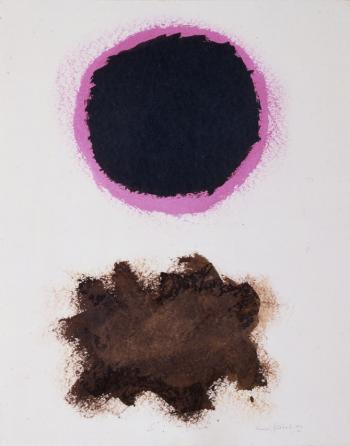 “#30” by Adolph Gottlieb in “Advanced and Irascible”

Some of the most popular names in American art history appear together in one gallery, with many of the artists’ creative ranges demonstrated through less identifiable styles. Jackson Pollock, famous for his chaotic and densely layered drip paintings, contributes a small ink and gouache piece with confident calligraphic brushstrokes resembling language. Mark Rothko, best known for his rectangular color fields, instead offers curvy, irregular shapes in thin washes of black and white.

The Irascibles’ only woman artist, Hedda Sterne, firmly voiced independence from specific art movements, and her career reflects an ever-changing style that experimented with a multitude of forms and mediums. Inspired by a German mythological creature representing continual change, “Baldanders I and II” is a set of linen works with ink lines, thin as strands of hair, that resemble shape-shifting formations of clouds or smoke.

Emphasizing spontaneous and subconsciously driven creation, the movement further increased the popularity of automatism—a surrealist approach to drawing or writing through which the artist relinquishes deliberate control—as well as action painting, a method that viewed the canvas as an arena for splashing, smearing, flicking and other performative measures. Though the artists’ styles varied greatly, they shared an emotional intensity and anti-figurative aesthetic. The works of Hans Hofmann, Jimmy Ernst and Ad Reinhardt all suggest interests in geometric abstraction and emphasis on color as a tool of expression.

Abstract expressionism was a distinctly American phenomenon with international influence, and ultimately pushed contemporary art into many new directions. “Advanced and Irascible” features a total of 19 works by 18 of these leading artists, with more highlights including Willem de Kooning, Adolph Gottlieb, Robert Motherwell and Richard Pousette-Dart.

“Advanced and Irascible” is complemented by the companion exhibition “Artists of the New York School,” which highlights artists who were active in the city during the 1950s and ’60s and worked primarily in abstraction. Pulled from the museum’s collection as well as a few private collections, the show includes roughly 30 paintings, sculptures and works on paper. The New York School’s network extended beyond visual artists to include poets, writers, dancers and musicians who collectively embraced the avant-garde.

Fritz Bullmann’s 8-foot-tall “Sky Harp” commands attention, collaging pieces of painted paper into a silhouette form accented by diamonds of bright blue, red and black. Also implementing a sculptural approach for a wall-bound work, Frank Stella’s “Krozangrodek 11-22” uses white cotton pulp to create a three-dimensional collection of intersecting shapes.
Helen Frankenthaler’s “Bronze Smoke” is an eerie lithograph of translucent black drifting across a rust-colored background, reflecting a continuation of her popular “soak-stain” technique, through which she poured thinned paints onto canvas. This emphasis on color is shared by Alice Baber, whose “Tragedy of Colors” offers gentle overlapping forms in watercolors.

Gerome Kamrowski’s gouache and ink creation is alluringly vibrant and unusual, with (likely unintentional) biomorphic forms resembling sea anemones or urchins detailed with black spines and and white polka dots. Carl Holty’s “Bathers” also deserves a second glance to hone in on a pair of loose silhouettes resting beneath a layer of thick, confetti-like strokes in shades of orange, green and blue.