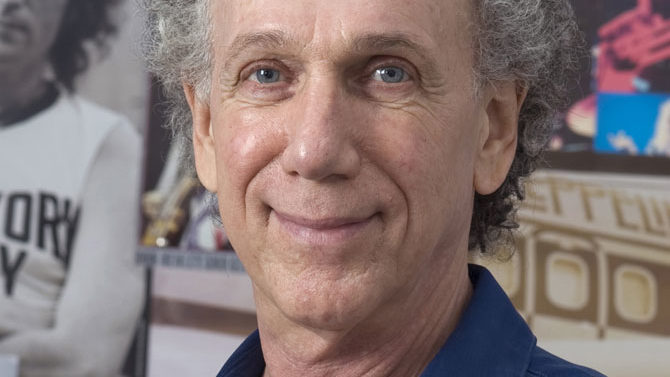 In one photo, the members of Led Zeppelin stand cooly to the left of their private jet’s engine, hair flowing in the wind. An action shot shows Sid Vicious playing bass despite his torso being covered in bleeding cuts. In another image, John Lennon, wearing sunglasses and a sleeveless New York City tank top, casually leans against a bridge in the city with his arms folded.

These are just a few of the iconic moments captured by New York photographer Bob Gruen. His portfolio is the basis of filmmaker Don Letts’ feature-length documentary, Rock ’n’ Roll Exposed: The Photography of Bob Gruen, which will be screened during a special night with the artist on Wednesday, Feb. 8 at the Georgia Theatre.

Interviews with Iggy Pop, Alice Cooper, Debbie Harry, Yoko Ono, Tommy Ramone, Legs McNeil (author of Please Kill Me: The Uncensored Oral History of Punk) and several other stars illustrate the life and legacy of the photographer, who humbly attributes much of his success to simply being at the right place at the right time. The artist behind some of music’s most famous photographs has created portraits for everyone from Bob Dylan, Blondie and The Clash to the Rolling Stones, New York Dolls and Kiss.

Though Gruen may have carried a camera in hand instead of an instrument, he was as essential to the scene as any musician. Whereas a musician’s main priority is inarguably auditory in nature and often tied to the present moment through live performance, Gruen’s contributions have been towards the visual culture and historical documentation of rock and roll. Long after a band breaks up, its image and mythos continues to survive through his work.

Gruen’s portfolio essentially serves as a timeline, revealing various trends, shifts and the emergence of subgenres. Still active capturing today’s music, he is best known for images from the late ’60s and ’70s—a pivotal time when rock and roll was peaking. A particularly fun and fashion-forward period was the emergence of glam rock, when the flamboyantly extravagant costumes and commanding stage presences of performers like Freddie Mercury, David Bowie and Elton John lent themselves effortlessly to dazzling photographs.

In a pre-internet era in which much less biography was readily available—let alone instantaneous documentation through social media—it was easy to look at an image and get lost in fantasizing about the storied histories and wild lifestyles of Gruen’s subjects. Alternative music publications, full of posed or candid images, served as an important method for both journaling and romanticizing the activities of the underground.

Some of his most alluring portraits are taken casually or behind the scenes, granting an all-access pass into the private lives of artists. They offer rare glimpses into the real demeanor and personality of each subject once they’ve been removed from an arena that may favor their stage persona. What distinguishes Gruen from so many of his contemporaries is this ability to gain the full trust of each person he photographs. The division between spectator and subject is often dissolved, as he takes his time with the subject and waits for the perfect moment to occur.

Following the film screening, local photographer Jason Thrasher will moderate a Q&A session with Gruen. Thrasher, whose work has appeared in national publications including Rolling Stone, Billboard and The New York Times, specializes in documenting the music scene of the Southeast. “Athens Potluck,” a portrait series for which each featured musician invited the following subject to be photographed, is currently on view at the Georgia Theatre’s gallery space and will be published as a fine-art book later this year.

The evening will close out with a performance by Shehehe—which plans to incorporate covers of songs inspired by Gruen’s portfolio into its set—plus a book signing with the artist. Avid Bookshop will have copies of his books for sale—John Lennon: The New York Years, Rock Seen and New York Dolls: The Photographs of Bob Gruen—and pre-order is available online. The shop is offering the option to request a personalized inscription and have the book mailed out for those unable to attend in person.

The Irascibles Film Series at the Georgia Museum of Art, which has screened Painters Painting and Pollock so far, concludes with Robert Motherwell and the New York School: Storming the Citadel on Feb. 9 at 7 p.m. The series is held in conjunction with the current exhibitions “Advanced and Irascible: Abstract Expressionism from the Collection of Jeanne and Carroll Berry” and “Artists of the New York School.”

The Black History Month Film Festival presents two films and two short cartoons at the Morton Theatre at 3 p.m. on Feb. 12: Date with Duke, International Sweethearts of Rhythm: America’s Hottest All Girl Band, John Henry and The Bronze Buckaroo. A Q&A with UGA professors of film and American American studies will follow.

The Animal Voices Film Festival, hosted by Speak Out for Species, screens The Messenger, a documentary investigating the various pressures facing songbird populations, in room 148 of the UGA’s Miller Learning Center on Feb. 13 at 7 p.m. The series continues Monday, Feb. 20 with Lion Ark and Feb. 27 with A Dog Named Gucci.