More on the Changes at ATHICA 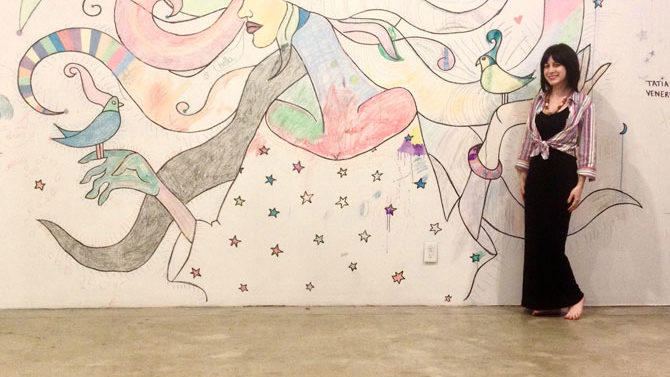 The Athens Institute for Contemporary Art’s alarming announcement to terminate the position of executive and artistic director with the new year was delivered abruptly amidst the winter holidays, leaving many in the community wondering about the gallery’s current health and future plans.

The independent nonprofit’s only paid position, executed wonderfully for the past two years by Tatiana Veneruso, was terminated due to lack of funding. The gallery plans to operate as an all-volunteer organization for an interim period, and hopes to restore the director’s position after one year or when it becomes financially possible to do so.

In 2008, following six years of operating under an all-volunteer model, ATHICA received a prestigious three-year grant totaling $45,000 from the New York-based Andy Warhol Foundation for the Visual Arts. For the first time, the gallery was able to establish a salaried director position, as well as offer stipends to guest curators and artists. Though other grants have been received in the time since, many were allocated towards specific projects rather than operating expenses. ATHICA’s board of directors applied for two grants in 2015, and neither were received. This shift towards a reliance on sponsorships, donations and fundraising campaigns had a significant influence on the board’s decision to temporarily terminate the position.

“ATHICA’s finances are always tenuous, and the organization has been through periods of austerity before. However, we encountered a particularly difficult period at the end of 2015,” says Rebecca Brantley, president of the ATHICA board. “It took us a little over two months of deliberation to arrive at the decision to terminate the director’s position. No one on the board was happy about it, but we did not see another option in the immediate future. That said, we have remained open through lean times in the past and will remain open in the future.”

In 2015, the gallery brought in roughly $22,000 through business sponsorships, fundraising, donations and artist entry fees for the “J1” juried exhibition—just shy of covering expenses, which totaled over $24,000. End-of-year loan forgiveness and small financial contributions made by multiple board members made it possible to pay Veneruso’s salary ($1,300 per month) and rent ($700 per month) in order to close out the year with a positive balance.

“It’s worth noting that our rent—even though it’s generously reduced by our landlords—increases every year. Not everyone may know this, but ATHICA’s rent was free for many years due to the altruism and commitment to the arts of FiveArt, our landlords,” says Brantley. “As agreed [since] our founding in 2002, though, we pay a little more each year.”

Moving into its 14th year of operation, ATHICA intends to keep currently scheduled exhibitions in place. Though Veneruso had begun planning much of 2016’s programming, her responsibilities will now fall to the board of directors and the gallery’s crew of volunteers. Comprised of artists, professors, university and nonprofit professionals, a lawyer, a financial advisor and an art education student, the nine-member board oversees budgeting, grant applications, legal compliance, resource development and, as made painfully clear through all of this, staffing decisions.

The role of director was by and large a part-time position with full-time hours, and Veneruso exceeded expectations in many ways. Essentially the face of the gallery, she was responsible for communicating through several channels: overseeing public relations, managing volunteers, serving as a liaison to the board and representing the gallery at community events. Behind the scenes, she oversaw the artistic vision of each exhibition: recruiting guest curators and artists, organizing the transportation and installation of artwork and supervising corresponding publications.

With the exception of the 2016 artist calendar released last month, Veneruso spearheaded all fundraising projects held within the past three years—impressively creative, community-driven ventures such as “Athens Arcana: A Contemporary Tarot,” “Detour Thru Your Mind: An Illustrated People’s History of Athens, GA” and “Outside the Lines: A Community Coloring Book,” to name a few.

“I’m very proud of my exhibitions and programming, as well as my marketing initiatives,” says Veneruso. “I did my best to keep things both engaging and accessible, all with basically no budget to speak of. A lot of our patrons have remarked on our increased visibility. In two years, I nearly tripled our social media following, which is crucial when you have no budget for paper media and print advertising.

“After my termination was announced, I received an outpouring of support from our community. To me, that’s what really matters: their view of my work and what it meant to them. That support has been invaluable during this difficult time.”

As ATHICA takes this step backwards, support from the community becomes even more crucial to its survival. There are several ways to help sustain the gallery. Annual memberships are available at different price points with a range of perks exchanged in return, and art lovers can get hands-on experience by installing shows or manning the gallery during visitation hours as a volunteer. As valuable as cold, hard cash obviously is, in-kind donations from businesses are also graciously accepted. At a most basic level, attending exhibition receptions and engaging with the local arts community demonstrates the continued need for a contemporary art space.

“I’m really not sure what is going to happen to ATHICA,” says Veneruso. “I think having a dedicated leader is really crucial for a small nonprofit, even with volunteer help. Transitions are very hard on an organization even in the best-case scenario.

“I would say to anyone, if there is a nonprofit organization that is important to you, give what you can as often as you can. There are a lot of wonderful organizations in our community doing tremendous things while struggling to break even.”