Spotlight on the Arts Preview 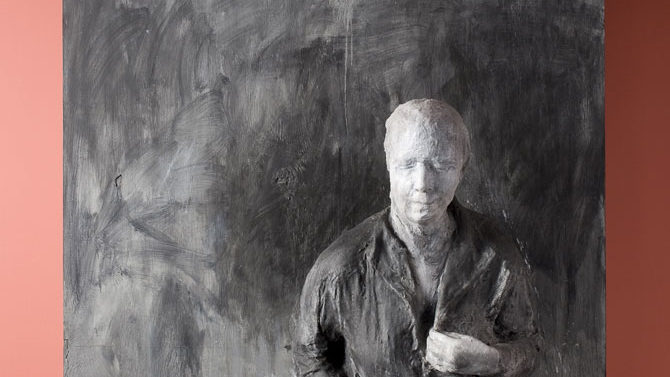 The fourth annual Spotlight on the Arts, dedicated to promoting UGA’s literary, visual and performing arts, kicks off Wednesday, Nov. 4 at 7:30 p.m. with a celebration at the Performing Arts Center. The free event includes opening remarks from President Jere W. Morehead and University System of Georgia Chancellor Hank Huckaby, as well as excerpts from some of the student music, dance and dramatic performances slated for down the line. The celebration will then move over to the Lamar Dodd School of Art at 8:30 p.m. for an after-party with performances by local cellist Alec Livaditis, Atlanta-based musician Chelsea Dunn and Sam Hillmer and Patrick Higgins of New York experimental duo Zs (see Calendar Pick).

Below, find a handful of highlights from the festival’s programming. For a complete schedule of events, check Flagpole’s Calendar or arts.uga.edu.

ART: In addition to four exhibitions recently unveiled for fall, the Georgia Museum of Art has two more ready for the spotlight: “Georgia’s Girlhood Embroidery: ‘Crowned with Glory and Immortality,’” currently on view through Sunday, Feb. 28, and “George Segal: Everyday Apparitions,” on display Saturday, Nov. 7–Sunday, Mar. 6. Offering a glimpse into traditional feminine skills and girlhood education in Georgia, “Crowned with Glory” includes about two dozen samplers created between the mid-18th Century until 1860 that reflect the role of sewing, needlework and embroidery in the lives of young girls. “Everyday Apparitions” includes works by George Segal, an influential artist often affiliated with the 1960s pop art movement and best known for his life-sized plaster sculptures of humans.

Thursday, Nov. 12 will be a particularly busy day for the museum, with William Fleming speaking on “American Samurai: A Teenager’s Journey from New England to the Satsuma Rebellion” at 5:30 p.m.; Student Night running from 6:30–8:30 p.m.; a martial arts demonstration by Kendo at UGA at 7 p.m.; and a screening of Akira Kurosawa’s The Hidden Fortress at 7:30 p.m.

In addition to viewing the five exhibitions that close this week at the Lamar Dodd School of Art (see Art Around Town), visitors can explore the facilities, watch demonstrations and hear artists speak during an open house on Thursday, Nov. 12 from 5–8 p.m. The following day from 6–8 p.m., the galleries will host a BFA Exit Opening Reception for students focusing in painting and drawing, scientific illustration, art education and Art X.

ARTIFACTS: The Richard B. Russell Building Special Collections Libraries at UGA will host a reception for its current exhibitions on Thursday, Nov. 5 from 5:30–7:30 p.m. “Unbeaten, Untied, Undisputed: Georgia’s 1980 National Championship Season” relives old glory days through football uniforms, rare photographs and other memorabilia pulled from the UGA Athletic Association archives. “Set Off for Georgia…” honors the 250th anniversary of John and William Bartram’s natural history expedition through the Southeast, and “Seeing Georgia: Changing Visions of Tourism in the Modern South” harrows in on six popular destinations through a collection of historic images and postcards. “Hello Freddy! A Tribute to Tony Award Winner Freddy Wittop” showcases the costume designer’s accomplishments on Broadway, and “Selections from the Pennington Radio Collection” includes tube radios, external speakers and more from 1913–1933.

MUSIC: Combining passions for music and literature, the UGA Press Gospel Brunch will raise money for the Bill Anderson Music History Book Series, a project ranging from ethnomusicology, history, music business and memoir. Brunch will be prepared by Peter Dale of The National, and singers Kyshona Armstrong, Betsy Franck and Ansley Stewart will perform. The event will be held Sunday, Nov. 8 at 9:30 a.m., 10:15 a.m. and 11 a.m. in the Rialto Room at Hotel Indigo. Tickets are $30, and reservations should be made by Thursday, Nov. 5 through calling 706-542-3879.

Under the direction of conductor Robert Spano and featuring percussionists Thomas Sherwood and Charles Settle, the Atlanta Symphony Orchestra will perform a program including works by Tchaikovsky and Avner Dorman on Sunday, Nov. 8 at 3 p.m. in Hodgson Concert Hall. The following day in the same location at 8 p.m., Grammy-winning vocal sextet The King’s Singers will perform “Postcards,” a program of songs from around the world.

Additional concerts include the UGA Golden Age Band performing music from the era of John Philip Sousa on Tuesday, Nov. 10 at noon on the Performing Arts Center Quad, a concert of jazz bands the same day at 6 p.m. in Ramsey Concert Hall and the Hodgson Wind Ensemble on Thursday, Nov. 12 at 7:30 p.m. in Hodgson Concert Hall.

FIILM: The Willson Center for Humanities & Arts will present a series of films at Ciné in conjunction with the festival. On Monday, Nov. 9 at 7:30 p.m., Ciné will screen Alfred Hitchcock’s classic Vertigo with an introduction by Philip McGowan of Queens University Belfast. The Salt of the Earth, a biographical documentary portraying Brazilian photographer Sebastião Salgado, will follow on Tuesday, Nov. 10 at 7:30 p.m. Raise the Roof, playing on Wednesday, Nov. 11 at 6 p.m. and 8:30 p.m., is a documentary following artists Rick and Laura Brown as they attempt to rebuild GwoÅºdziec, a wooden 18th-Century synagogue in Poland that was destroyed by Nazis.

LITERATURE: In addition to the Georgia Writers Hall of Fame induction ceremony honoring Vereen Bell, Taylor Branch, Paul Hemphill and Janisse Ray on Monday, Nov. 9 at 10:30 a.m., the Special Collections Library will host a book symposium, “Appropriation in the Age of Global Shakespeare,” from Thursday, Nov. 12–Saturday, Nov. 14. Notable readings include poet Jeffrey Harrison on Thursday, Nov. 5 at 7 p.m. at Ciné and fiction writer George Singleton on Friday, Nov. 13 at 6:30 p.m. at Hendershot’s.

DRAMA: A staged reading of Red Velvet by Lolita Chakrabarti will be presented on Friday, Nov. 13 at 5:30 p.m. in the Fine Arts Building Balcony Theatre. For details on University Theatre’s production of You Can’t Take It With You and the UGA Opera Theatre’s performance of The Merry Widow, see Theater Notes.