Why Trump Is Now Pursuing an Orthodox Foreign Policy 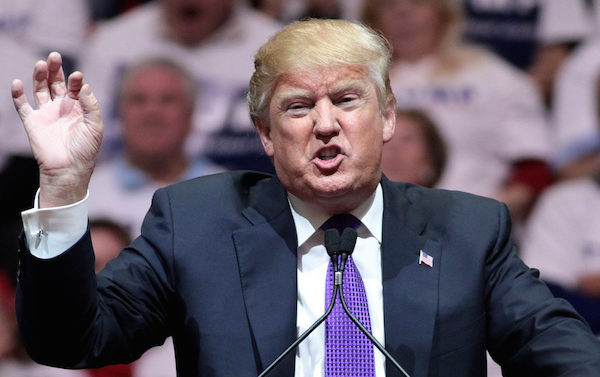 It was striking, in U.S. media coverage of Donald Trump’s first 100 days in office, that most analysts were relieved that his foreign policy has turned out to be less radical than they feared. In fact, it’s not radical at all. He has already fired cruise missiles at a Middle Eastern country, a ritual that has been observed by every American president since Bill Clinton.

The old Donald Trump was an “isolationist” who opposed U.S. military intervention overseas unless U.S. interests were directly threatened. When it seemed likely in 2013 that President Obama would attack the Syrian regime over its alleged use of poison gas on civilians, Trump tweeted: 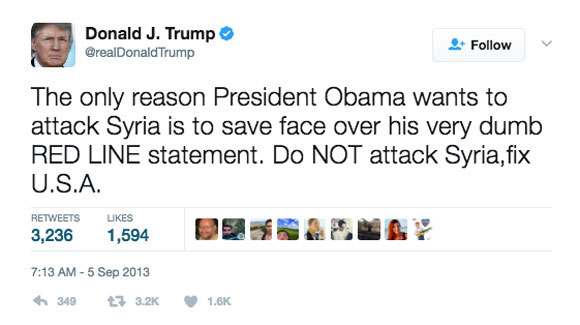 And lo! Obama did not attack Syria after all, although it had crossed the “red line” he had drawn in a statement the previous year.

On sober second thought—and after being warned by James Clapper, his director of national intelligence, that the evidence suggesting Syrian dictator Bashar al-Assad’s regime was responsible for the gas attack, while robust, was not a “slam dunk”—Obama decided not to launch cruise missiles at Syria.

This was the moment when Obama broke decisively with the foreign-policy orthodoxy in Washington, and the think-tank “experts” and the reigning media pundits never forgave him for it. Towards the end of his second term, he explained his decision to The Atlantic: “There’s a playbook in Washington that presidents are supposed to follow. It’s a playbook that comes out of the foreign-policy establishment. And the playbook prescribes responses to different events, and these responses tend to be militarized responses… In the midst of an international challenge like Syria, you get judged harshly if you don’t follow the playbook, even if there are good reasons why it does not apply.”

“Don’t do stupid shit” was Obama’s prime rule in foreign policy, and emulating George W. Bush’s decision to invade Iraq in order to destroy Saddam Hussein’s nonexistent “weapons of mass destruction” definitely qualified as stupid. Even treating the Middle East as a region vital to American security was stupid. With the Cold War over and the U.S. no longer dependent on Middle Eastern oil, it wasn’t even important any more.

Fast forward to 2016, and Obama must have been torn when he contemplated his potential successors. Hillary Clinton would preserve his legacy in domestic affairs, but she was totally orthodox in foreign policy and would follow the playbook wherever it led. Whereas Donald Trump, in his crude way, actually shared Obama’s distrust of the foreign-policy elite.

But with Trump it was just gut instinct, not a reasoned analysis of why the playbook was wrong. Once he was in office, and another poison gas attack in Syria landed on his desk, that instinct was swiftly overwhelmed by an even stronger urge to do something dramatic.

In politics, the Law of Mixed Motives always applies. No doubt Trump was truly horrified by the images of dead “beautiful babies,” but he was also aware that his policy successes in the first 100 days were sparse, and that his popular approval numbers were way down. So off went the cruise missiles, although the evidence that the Assad regime was responsible for the gas attack was even shakier than last time. It was purely a gesture, aimed mainly at the U.S. domestic audience, and there has been no follow-up. But it did conform to the playbook’s rules, and the response by the “lamestream” media verged on the ecstatic.

Trump doesn’t give a fig for the playbook, but he does care about popularity. He campaigned as an isolationist, but now he has discovered that a little saber-rattling abroad yields instant popularity at home. He is surrounded by people who still believe in the playbook, and they now know how to press his buttons. There will probably be more “limited” military strikes with cruise missiles, not just in the Middle East but also in northeast Asia. And there may well be more wars, because saber-rattling is not a precise science.