Trump’s Too Late—Globalization Is Already Complete 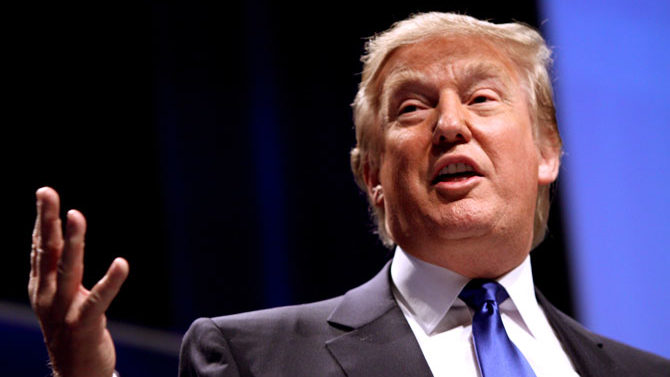 President-elect Donald Trump announced last Monday that he will cancel the “Trans-Pacific Partnership” on his first day in office, Jan. 20. That will kill the TPP off for all 12 countries that agreed on it just over a year ago: As Japan’s Prime Minister Shinzo Abe said, the TPP would be meaningless without the involvement of the United States. But then, it was pretty meaningless even with American involvement.

Japan and the U.S. were the only two really big economic players in the TPP deal. All 10 other partners—Canada, Mexico, Peru and Chile on the eastern side of the Pacific, and Vietnam, Singapore, Brunei, Malaysia, Australia and New Zealand on the western side—have a total population scarcely bigger than that of the U.S. alone.

It was really just an attempt to create a Pacific trading bloc that excluded China, thereby preserving what was left of the traditional U.S. and Japanese domination of the region’s trade. For just that reason, the other big trading economies of the region—Indonesia, the Philippines and South Korea—stayed out of it. They preferred to play the giants off against one another.

Chinese influence and trade in Southeast Asia may grow modestly as a result of the TPP’s cancellation, but no profound transfer of power or wealth will ensue. There were no big tariff cuts coming as a result of the TPP anyway, because actual taxes on international trade were already low. The real focus was on removing so-called “non-tariff barriers.”

The classic example of a non-tariff barrier was Japan’s attempt in the 1980s to ban imports of foreign-made skis on the grounds that Japanese snow was “unique.” A great deal of detailed haggling in the TPP talks went into breaking down thousands of similar (and sometimes equally ridiculous) barriers to trade, but any country that wants to keep those gains can just incorporate the same deals into bilateral trade treaties with other ex-TPP members.

Not many jobs would have been gained or lost, in the U.S. or elsewhere, if the TPP had gone into effect. The same is true for the U.S.-European Union equivalent of the TPP, the Transatlantic Trade and Investment Partnership, which was dead in the water even before Trump was elected. Donald Quixote is attacking windmills, not dragons, because the great free-trading spree of 1990–2008 has already come to an end.

Most of the jobs that moved from developed to developing countries in the heyday of “globalization” (or often, in the U.S.’s case, just from Rust Belt states to Sun Belt states, where wages were lower and unions were weak or nonexistent) left long ago. In recent years, eight American jobs have been lost to automation for every one that went abroad.

Most economic strategies, including both protectionism and free trade, conform to the law of diminishing returns. The same goes for political strategies, but they tend to lag even farther behind the realities. That’s why the old white working class in the U.S. (and therefore Trump) still feel compelled to “fight” free trade, and why even Hillary Clinton, once an enthusiastic advocate of the TPP, was ultimately obliged to turn against it.

When she finally made that U-turn, Reince Priebus, the chairman of the Republican National Committee, mocked her as “a case study in political expediency.” Now he has been appointed as President Trump’s chief of staff, and he will change his tune accordingly. But the cross-party consensus on this does not make it the right tune.

The truth is that these now-aborted free-trade deals were merely the finishing touches on an edifice whose basic structure was completed more than a decade ago. Those who had devoted their lives to building that edifice simply kept on doing what they were good at doing, necessary or not. And all the while technological change was conspiring to make them as irrelevant as the people who so vehemently opposed them.

Cultural lag being what it is, the last battles in this long war—probably between the U.S. and its NAFTA partners, Canada and Mexico, and between the U.S. and China—are yet to be fought. We may be entering the next decade before the political process anywhere seriously engages with the reality of automation as the main destroyer of jobs. But reality always wins in the end.