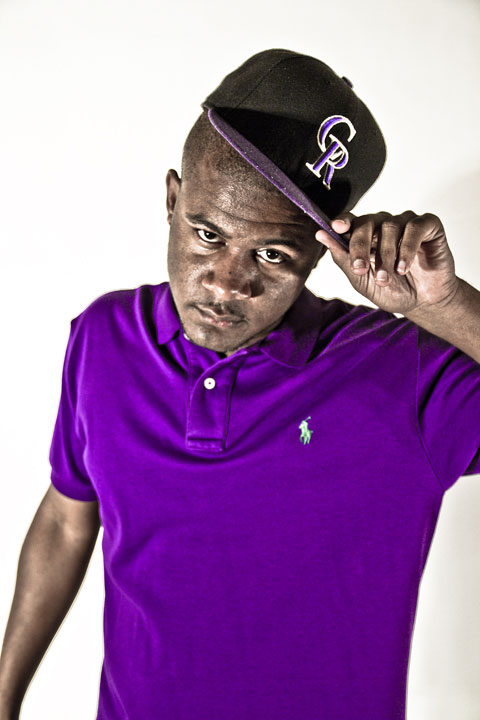 Tony B in all-purple everything, which doesn’t have that great of a ring to it.

Antonio Bradford’s initial foray into the local hip-hop scene was as a promoter, but he soon found a reason to start performing. “I started rapping when I had beef with another promoter,” Bradford explains. “He would slander my name via the Internet… I made a diss song and it caught on, and people would sing along with [it]. In my mind I was like, ‘I may have something here.'”

Per his wobbly, trap-stained tunes, Tony B is a product of the Gucci Mane school of lyricism, where outrageous couplets like “Me don’t speak no English/ All I know is booty chatter” are the norm, and “flow” is a relative concept. It’s loose, unpredictable and super fun.

“[It’s] hit and miss,” Bradford says of the local rap scene. “[Not everyone] supports each other, and some bars turn down hip-hop ideas.”

Still, his goal is to make Athens a visible and viable destination. By hosting club events nearly weekly and working to get his own Athens-repping jams out there, he’s off to a good start. Follow twitter.com/Infamous_TonyB.