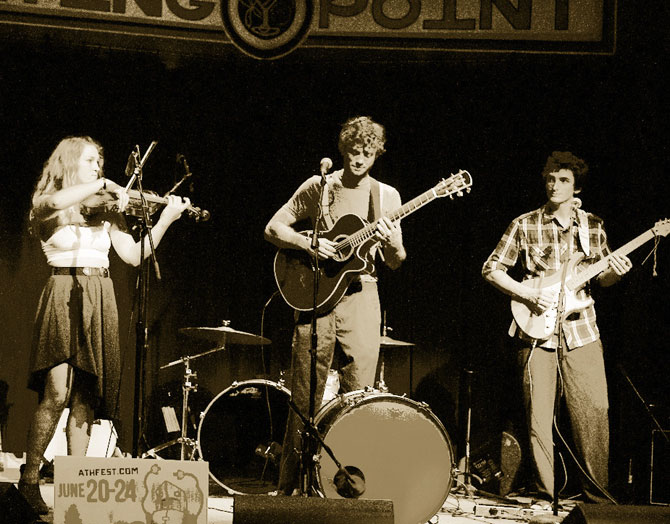 Candid Coal People, being all candid and shit on stage.

“I saw Tiffany playing violin mid-day in front of Walker’s, then later that night, [I] very drunkenly asked her to sit in on some sessions. Braden and I have been friends for some time now, so he agreed to play along,” says Candid Coal People vocalist Derick Thompson on the group’s formation.

Originally 40th Street Candid Coal People (a name that sprung, Thompson says, from a “very strange dream”), the group, which recently (and wisely) dropped the first two words, features a sound not unlike many groups currently blowing up the Billboard charts. Thompson’s singing voice, in turn, bears an uncanny similarity to one Dave Matthews.

With Mumford and Sons recently setting a sales record even in this industry-troubled era, it seems like a perfect time for a group like CCP to do its hard-working, folk-rocking thing. Check out facebook.com/candidcoalpeople.