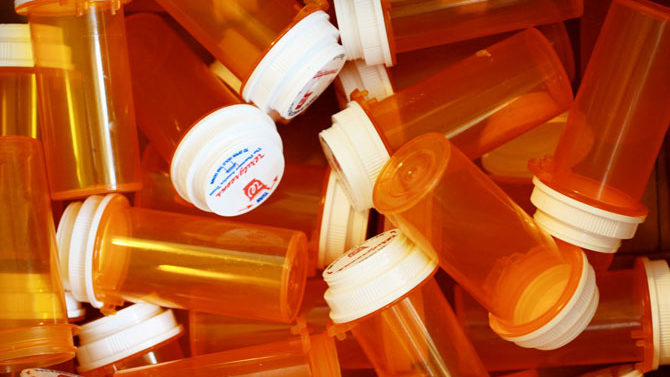 Speaking of searching, good luck finding tetracyclineâ€”a generic antibioticâ€”in Athens. Recently prescribed for my wifeâ€™s debilitating toothache, the drug could not be found in the Athens area, owing to a nationwide shortage. While waiting in line to be told of the shortage, my wife overheard another patient receive news that a prescription for ADD medication could not be filled, either. This is part of a disturbing trend of unprecedented shortages of pharmaceuticals, ranging from antibiotics and nutrition-related treatments to some of the most common chemotherapy drugs and anesthetics for surgery. The FDA finds that â€œ[t]he number of drug shortages annually has tripled from 61 in 2005 to 178 in 2010.â€ That number hit more than 230 in November of last year.

While active ingredient shortages and unexpected increases in demand account for a certain amount of the trend, the unavailability of generic drugs is increasingly seen to be due to the lower profit margins on those drugs. It is where the nebulous, arcane realm of intellectual property becomes all too real. Pharmaceutical corporationsâ€™ non-generic drugs under patent are where the money is, and artificial scarcities of the generics mean that patients and their doctors must scramble to find alternative means of treatment. Market manipulation of this sort is nothing new in economics, but the life-and-death severity of this case casts the pharmaceutical corporations as cynical overlords who determine the value of life by the crude calculus of profit.

The New England Journal of Medicine cites the case of leucovorin, a chemotherapy drug widely available since 1952. A 2008 FDA approval of a proprietary derivative of the drugâ€”which is, according to the journal, â€œno more effective than leucovorin and 58 times as expensiveâ€â€”has resulted in a â€œwidespread shortageâ€ of the generic cancer drug. The phenomenon can be seen across the industry, wherever generic drugs are eclipsed by patented modifications. Russell Williams, president of a Canadian pharmaceutical manufacturers association, admits that the industry-wide shortages â€œaffect mostly generic products, and in many cases the brand-name product is still available even though a generic version is on the market.â€

In addition, â€œjust-in-timeâ€ production scheduling and inventory management means that spikes in demand quickly deplete the existing stores. The â€œjust-in-timeâ€ model came to prominence after Japanese automotive manufacturers perfected the technique in their supply chains. But carburetors arenâ€™t cancer medication.

Big Pharmaâ€™s close attention to thrift when it comes to generics stands in stark contrast to the industryâ€™s advertising profligacy. The Pew Research Center finds that the industry spends as much as $57 billion annually on advertising, and some estimates show industry expenditures on advertising as roughly equal to research and development budgets. Industry defenders claim that the profit maximization achieved by manufactured shortages is essential to fund the research for new and better drugs when, in fact, whatâ€™s called the â€œarms raceâ€ of industry advertising is whatâ€™s taking dollars away from research and production of less profitable generics.

During the health care debate, Sarah Palin and others warned of â€œdeath panelsâ€: bodies of number-crunching administrators who would ration life. But, we are already subject to rationing, and there have already been recorded deaths due to the unavailability of drugs. Rightly, much is made of the profit-boosting motivations for the new shortages, but it is the billions shunted away to fantastically expensive marketing that may be the real crime. Direct-to-consumer (DTC) pharmaceutical advertising (only permitted in the United States and New Zealand) is almost pure waste. Every dollar spent is redundant, as your doctor already knows what to prescribe. A 30-second advertisement dripping with cheap emotionalism does nothing better to inform that process. Adding insult to injury, weâ€™re made to witness the unconscionable waste every time we turn on the television or open a magazine. And increasingly, weâ€™re not only paying for those advertisements with higher health care costs, but with lives.