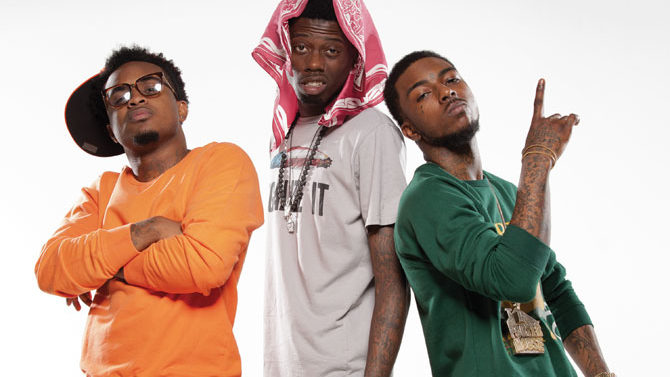 First, Travis Porter is a group—three guys, not one, and none of them is named Travis Porter. Second, though the Decatur trio’s plodding, simplistic take on Southern rap is basically ringtone fodder (see mindless megahit “All the Way Turnt Up”), it’s also chock-full of self(made)-awareness. Indeed, the group—composed of MCs Strap, Quez and Ali—has made a significant dent in pop culture by gaming the system, by conforming and subverting at once. “You can be anything in life as long as you put it in ur bio,” reads the group’s Twitter page. It’s a sentiment that was solidified by the November release of Red Rock, a feature-length horror/action film starring the bandmembers wherein they realize, after their bus breaks down in a strange town, that things are not what they seem. Clichéd stuff, sure, but Travis Porter, too, is not quite what it seems.