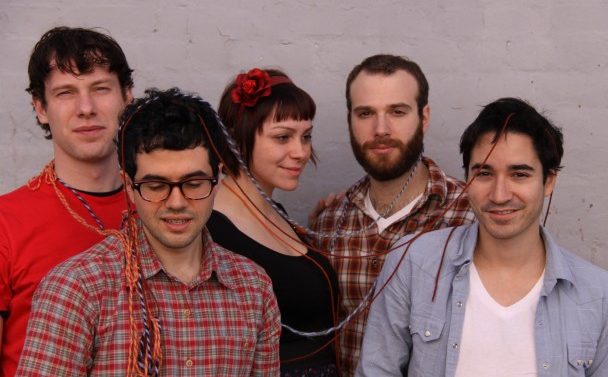 The band, whose music is often compared to that of Sufjan Stevens for its contemplative yet complex arrangements, released its latest record, Diluvia, in October. The album’s cover art features a cheerful drawing of a compact little ark floating into the sunset over a submerged city. Many of the tracks therein have a watery, sonar-like sound, and drummer Jacob Hyman’s rhythms move slowly and deliberately, as if through knee-deep surf.

The album itself is incredibly cheerful, although it doesn’t come with an expectation that the listener rise to the same level of joy. “Satisfied with the way the world is turning” will do. Concise, electronic riffs accompany unabashed chorus-singing and M83-style synths, yet the arrangements never feel too heavy.

Indeed, one of the freshest aspects of Freelance Whales is that the music doesn’t force the listener to feel what the band feels. A pleasantly removed feeling inhabits the group’s music, a consideration that acknowledges the listener’s individuality and also allows objectivity. (Perhaps this is due to frontman Judah Dadone’s tendency to write songs based on his dream journals.)

For the listener, specific understanding may not really be in the cards, but an interesting interpretation almost certainly is.