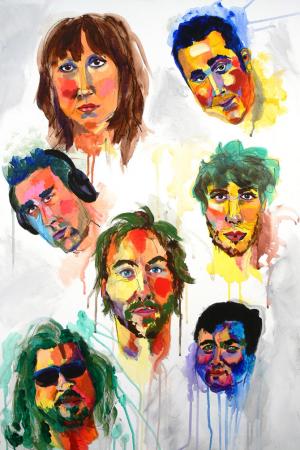 Along with D.C.-based musician Samuel Kim, local guy Luke Johnson began his Emergent Heart project several years back as a way to connect his friends who were scattered across the country. The “virtual band” shared tracks and ideas for several years, and finally, on May 21 of this year, a debut album, Transfigurations, appeared. Featuring Johnson’s earnest, plaintive songwriting and contributions from local artists like Suny Lyons (Hope for Agoldensummer), Clay Jordan (pacificUV), Ryan Monahan (Easter Island), Marie Davon (Powerkompany) and many others, the record is a lush downer-pop gem. Johnson is set to leave Athens, though, and Wednesday’s event, where videos for two Transfigurations tunes will be unveiled, is as much a goodbye party as anything else. All proceeds accumulated from Emergent Heart go to Nuçi’s Space; a donation is suggested at the door.