The Art of the Steal Film Screening 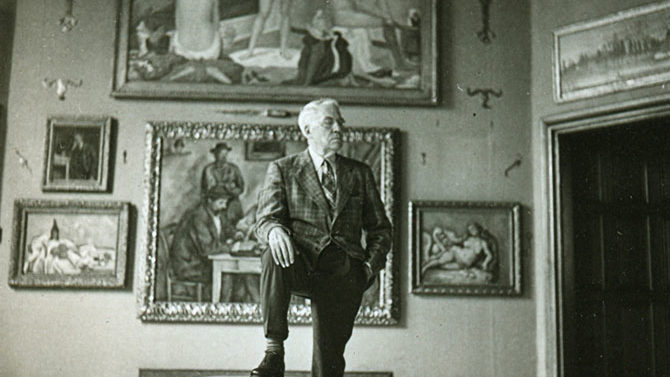 Kicking off “Art and Intrigue”—a film series focused on mystery, conspiracy and theft in the art world—Art of the Steal documents the controversy surrounding the relocation of the Barnes Foundation—a massive collection of Modernist and post-Impressionist artworks valued at over $25 billion—to Philadelphia, despite the wishes outlined in founder Albert Barnes’ will. Stolen, screening on Thursday, May 30, details the infamous heist of 1990, in which two thieves disguised as security officers broke into the Isabella Stewart Gardner Museum of Boston and snatched 13 works valued at $300 million. Although the FBI announced the discovery of the culprits’ identities back in March, the case remains unsolved. The series concludes on Thursday, June 6 with Exit Through the Gift Shop, street artist Banksy’s documentary that follows Thierry Guetta a.k.a. Mr. Brainwash—a novice and avid fan of guerrilla public art—as he films the nocturnal adventures and creative vandalism of street artists. All films begin at 7 p.m. and are free.