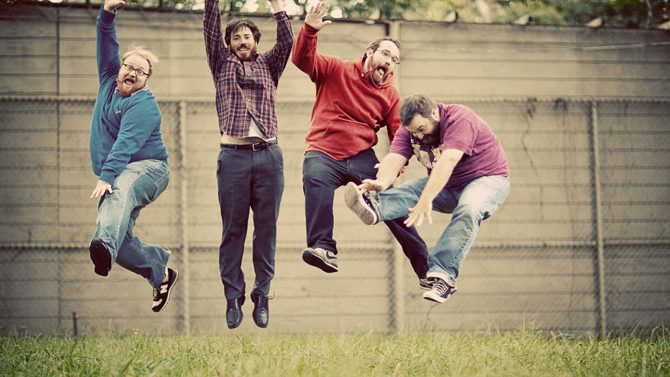 After spending the past four years performing across the country as a touring comedy collective, The Beards of Comedy have officially decided to draw the curtains to a close. Comedians Andy Sanford (“Aqua Teen Hunger Force”), Dave Stone (2012 CMT Next Big Comic semifinalist), TJ Young (“Squidbillies”) and Joe Zimmerman (Rooftop Comedy’s Golden Shingle Award nominee) will instead pursue new individual projects and collaborations. The troupe has performed hundreds of stand-up shows, created the web series “Beards Across America” for MSN, and released two albums: Comedy for People on Rooftop Comedy Records and Cardio Mix on Comedy Central Records. Their two back-to-back sets in Athens (8 p.m. & 11 p.m.) may be among the few remaining opportunities to see them in action together, so come bid the bearded fellows farewell. Tickets cost $10 in advance and $15 at the door.