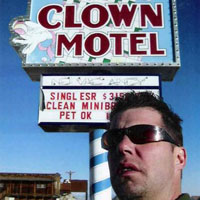 Andy Andristâ€™s career, like that of most stand-up comedians, has had its ups and downs. On the up side, heâ€™s written for â€œThe Daily Show,â€ blue-collar comedian Ron White and his friend Doug Stanhope on â€œThe Man Show.â€ Heâ€™s worked on a TV special with Jim Norton. Heâ€™s been to Athens once before, to do some work behind the camera when Stanhope was working on â€œGirls Gone Wild.â€ On the down side, heâ€™s also performed stand-up comedy in some pretty unusual venues.

â€œOne time I did a gig in a laundromat. Itâ€™s really hard to keep the audienceâ€™s attention when a guy walks up and takes his shirt off and throws it into a washing machine,â€ he says. 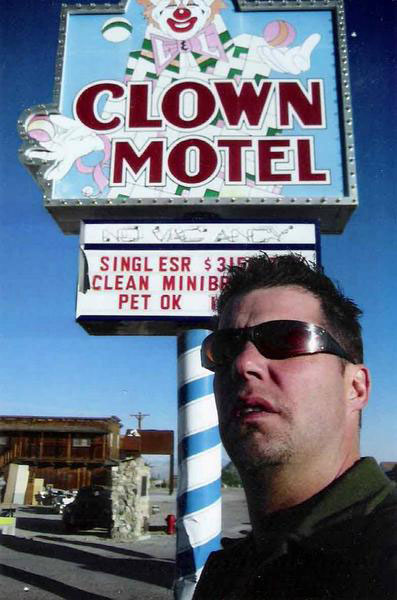 Although heâ€™s been writing and performing comedy for years, Andrist isnâ€™t exactly a household name. His deliberately provocative and downbeat style doesn’t always go over well with TV-exec types. He once had a television spot yanked because he did a bit about the military that somebody upstairs didnâ€™t like. Despite these setbacks, Andrist keeps going out there, doing comedy his way.

Itâ€™s Andristâ€™s uncompromising stance (some might call it stubbornness) that motivated Doug Stanhope and director Jeff Pearson to make a documentary. Titled The Unbookables, the movie follows Andrist and some like-minded comedians on the road to some pretty tough venues. One club in Texas even provides food to throw at the comics they donâ€™t like.

â€œThe movieâ€™s kind of like a Scared Straight for people who are thinking about getting into comedy,â€ Andrist says, and itâ€™s not clear if heâ€™s joking.