Biden Is Back From the Dead, but Can He Beat Trump? 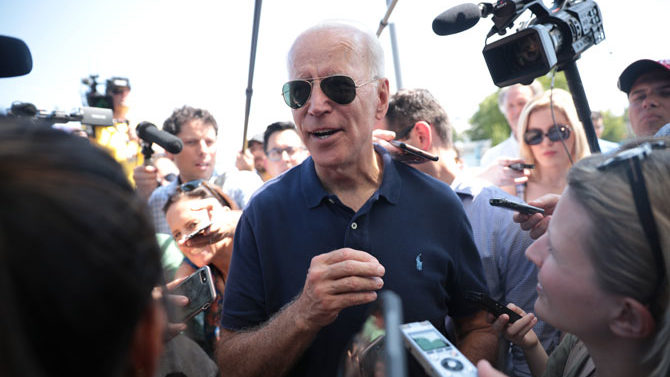 “Democrats in disarray” is a political cliché today, but its roots stretch back to the Depression era, when humorist Will Rogers quipped, “I’m not a member of any organized political party. I’m a Democrat.”

This year’s crowded slate of contenders for the Democratic Party’s presidential nomination was compared to a “circular firing squad,” but it has now been winnowed down to essentially a two-man race between former Vice President Joe Biden and Sen. Bernie Sanders to see who will be the Democratic nominee at the party’s convention in Milwaukee this summer.

Biden’s campaign went from Dead Man Walking to Flight of the Phoenix overnight, with a stunning win in South Carolina, followed by a string of other victories in Super Tuesday states.  On Mar. 10, Biden’s political Lazarus act continued with more wins in at least three states, including delegate-rich Michigan. At the time of this writing, Biden is leading Sanders in the Florida polls by 30 points and looks likely to pick up most of its 219 delegates on Mar. 17. Coming up in Georgia on Mar. 24, voters will make their choice for which Democrat will face President Donald Trump in the Nov. 3 general election.

If young people would vote, they could be an influential demographic in this year’s election. Sadly and shamefully, young people are the least dependable group of Americans eligible to vote in this nation’s elections. Such a record of supine slackery at the voting booth is inexcusable in an America where 18-year-old citizens have been allowed to vote since 1971.  Here in Georgia, today’s young people should recall that this state was the first in the union to make 18 the voting age. The progressive and pioneering measure was passed back in 1943, when many young Georgians were serving in World War II. “Old enough to fight, old enough to vote” was the slogan of this state’s young voters during the war.

It took the civil rights movement to bring voting rights to American black people in Georgia and across the South, but many of the foot soldiers in that movement were young activists like John Lewis, who was beaten, bloodied and jailed in Alabama during the struggle for voting rights for all citizens. Americans have fought historic battles overseas and at home for the right to vote. Today’s young people can and should exercise that precious right.

Biden’s surprising political resurrection contrasts with the struggling Sanders campaign, but in the anything-can-happen political landscape of America today, nothing is predictable. Still, Biden is now the odds-on favorite to capture the Democratic nomination to run against Trump, whose convention coronation for a second term will take place in Charlotte this summer. Both Donald Trump and his friend Vladimir Putin see Sanders, probably correctly, as the weakest Democrat to challenge the Trump machine in 2020. This year’s race for the White House is going to be a surly and sordid affair, and Biden will have a tough uphill struggle. Trump is a tough, unscrupulous and well-financed fighter who probably will win a second term. American voters will have their say this fall in the election that will decide not only the presidency but the make-up of Congress, the Supreme Court, and the protection and preservation of the land, air and water of this nation and this planet.

All hands on deck for the November election! This year the words of an Army general and a president named Dwight D. Eisenhower are more true than ever: “The future of this republic is in the hands of the American voter.”