Whites Should Be Allies in the Fight Against Oppression 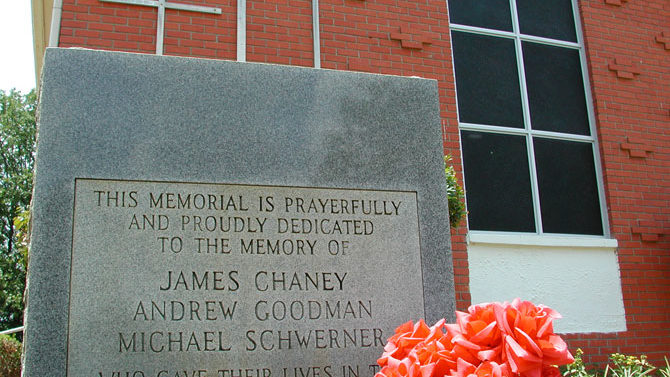 February is Black History Month, an American observance that traces its roots back to 1926. In that year, African-American historian and educator Carter Woodson called for a “Negro History Week” every February, since President Abraham Lincoln and civil rights crusader Frederick Douglass were born in that month.

The Black History Month of current times had its origins 50 years ago, when it was advocated by students and faculty members at Kent State University in Ohio. Kent State and predominantly black Jackson State College in Mississippi became linked in history later in 1970, when campus protesters were shot by National Guardsmen and police. By the mid-1970s, Black History Month had spread to a national stage with observances across America.

Black history is intertwined with the history of all Americans. During the civil rights campaigns of the Jim Crow era in the South, blacks and their white allies struggled together against segregationist adversaries. Men and women of both races were jailed, beaten and even killed during the freedom movement in the American South during the 1950s and ’60s.

In his soaring “I Have a Dream” speech before a movement multitude in Washington in 1963, Martin Luther King Jr. voiced appreciation for white allies and advocates in the freedom struggle. Gazing out at the sea of people at the rally, King told his rapt audience that “a marvelous new militancy” in the black community “must not lead to a distrust of all white people, for many of our white brothers, as evidenced by their presence here today, have come to realize that their destiny is tied up with our destiny, and they have come to realize that their freedom is inextricably bound to our freedom… We cannot walk alone.”

African-American orator Malcolm X, who personified the militancy that King mentioned in his iconic “Dream” speech, also came to praise interracial alliances before he was killed 55 years ago on Feb. 21, 1965. “My friends today are black, brown, red, yellow and white!” he exclaimed in his autobiography.

Atlanta newspaperman Ralph McGill called white citizens who stood up against the American apartheid of segregation “white Southerners of good will.” For his writings advocating racial justice, McGill was called “Rastus McGill” and scorned with a racist epithet by segregationist Southerners of ill will. Today, he is remembered as the journalistic conscience of the South who tried to use the power of his pen to prod the region toward the goal of freedom for all.

In 1964, the murder of three civil rights workers in Mississippi shocked the nation. James Chaney was a young black activist from the state. Andrew Goodman and Michael Schwerner were young white men from the North who had come South to help blacks register to vote during the Mississippi Freedom Summer. The three were targeted by both law enforcement and Ku Klux Klan members whose so-called “Invisible Empire” had a long racist and anti-Semitic history of despising blacks like Chaney and Jews like Goodman and Schwerner.

A year later, during the voting rights campaign in Selma, AL, two more white people would give their lives for the freedom of black people. James Reeb was a white Unitarian Universalist minister who came from Boston to Selma to aid the voting rights efforts there in 1965. He was attacked by white men on the streets of the city and beaten with a metal pipe on Mar. 9, 1965. He died two days later at the age of only 38. Reeb was eulogized by King, who called him “a witness to the truth that men of different races and classes might live, eat and work together as brothers.”

During Black History Month, citizens remember that this nation had its beginnings in slavery for black people and genocide against Native Americans, but the hopeful road to reconciliation and justice must be paved by Americans of all races. Progress in this nation has been pushed by activists and advocates of every color, like movement martyr Viola Liuzzo, who called the freedom struggle “everybody’s fight.”

“Too many people just want to stand around talking,” the Detroit native said before Klan terrorists shot her to death in 1965. “I want to be a part of it.”