Wall Street Threatens the Free Press in Athens and Elsewhere 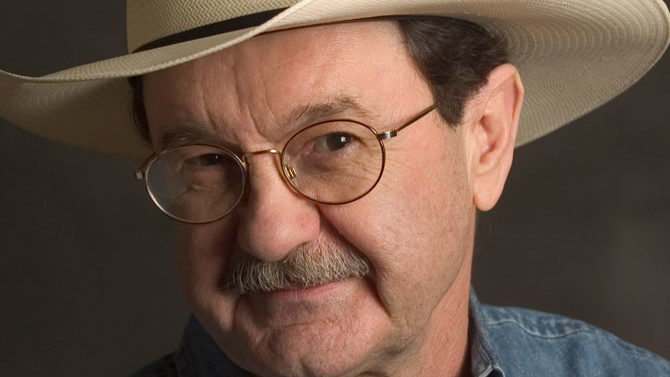 “Freedom of the press is guaranteed only to those who own one,” wrote legendary journalist A.J. Liebling in 1960. His words still ring true today as absentee owners and Wall Street speculators are doing more harm to this nation’s newspapers than is done by puffed-up presidential pronouncements branding the press as an “enemy of the people” and a purveyor of “fake news.” In the current issue of The Progressive magazine (available online to subscribers only), columnist Jim Hightower sounds the alarm about threats to American journalism in an essay headlined “Free the Press From Wall Street Plunderers.” The column spotlights GateHouse Media, which in 2017 bought the Athens Banner-Herald and other newspapers owned by the Morris Publishing Group, based in Augusta.

Hightower blames the decline of newspapers in America today not on the rise of online news and advertising or the increasing cost of newsprint, but on what he calls “the new breed of fast-buck hustlers who’ve scooped up hundreds of America’s newspapers from the bargain bins of media sell-offs. The buyers are hedge-fund scavengers with names like Digital First and GateHouse.” Hightower says that such companies’ modus operandi is to slash the size and scope of newspaper staffs and to cut the pay and benefits of already underpaid newspaper workers, until finally delivering the corporate coup de grace by “shutting down the paper and auctioning off the bones before moving on to plunder another town’s newspaper.”

Speaking here in Athens back in 2011, Hightower warned that “an autocratic power grab is underway to enthrone corporate power and moneyed elites to rule unilaterally over our government, economy and environment.” He also said that “a hard, cold political wind from the right threatens to blow down America’s greatness.” Hightower’s words then and now are prescient, and his essay in The Progressive reminds us that he is right when he says, “Our right to a free press is meaningless if Wall Street thieves destroy our communities’ presses.”

Longtime New York City scribe Pete Hamill, like Hightower, is a veteran columnist who loves newspapers and laments the decline in quality and circulation suffered by so many of them through wounds both external and self-inflicted. Hamill was featured recently on the HBO documentary Breslin and Hamill: Deadline Artists, and his 1998 book News Is a Verb should be required reading for all news executives today.

Though written more than 20 years ago, Hamill’s slim volume percolates with observations that redound in the moribund media of America today. Newspapers are at their best when they “reveal dangers and provoke action,” he wrote. “If newspapers are to flourish as businesses, they must make absolute commitments to quality as newspapers.” He called on the nation’s media companies to strive for quality and journalistic ideals, instead of foisting off inferior products on shrinking numbers of readers who finally “wise up” and “know that the reason their newspaper feels thin is because it is thin… Less is not more. Less is less. When the publisher continues to charge 50 cents for a shrunken newspaper, the reader eventually understands that this is another case of consumer fraud; it is like reducing the size of a candy bar without reducing the price.”

Hamill issued a clarion call for a vigorous American press in News Is a Verb when he wrote, “Newspapers need men and women with fire in the belly, not a collection of bloodless bureaucrats, content to clerk the news.” Journalists like Hamill and Hightower today, and A.J. Liebling in an earlier America, remind readers of the importance of the hard-won freedom of the press. If newspapers are threatened in cities and towns across this nation, then the citizens of those same cities and towns are threatened. Hamill encapsulated the media miasma of today when he wrote in 1998 words that could describe the need for an aggressive press climate in Athens and in cities from cost to coast: “Healthy cities are essential to newspapers, but healthy newspapers are also essential to cities.”