Athens Has Been Through a Lot of Crises, but Not This 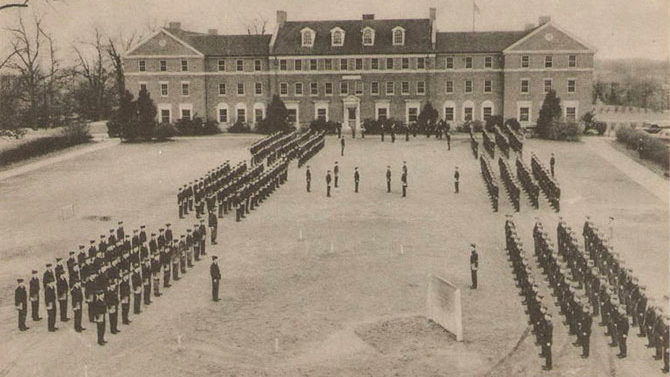 We have all written a lot recently about the fragility of the local businesses and entertainment venues that make Athens special, and of course we always take for granted the presence of the university and the schools—and the churches and grocery stores, for that matter.

Last week began with the dawning recognition that this thing is deadly serious and it ended with reports of Athens’ first two confirmed cases. And last week was a preview of Athens without the university and the schools, which will be our status quo for at least two more weeks. That puts tremendous pressure on all businesses, but especially on our local businesses, which don’t have the same safety net that accrues from the corporate support of a chain.

Here’s hoping that we can continue to buy what we need from our local businesses. We don’t know who can remain open or what government prohibitions may follow, but as we go about our daily lives as much as possible, let’s keep our local businesses and venues in mind and throw them our business. This health crisis and the closure of the university are devastating for local business, including Flagpole, which depends on their advertising. As you can see in various places in this issue, local businesses are adapting in ways to serve you without undue risk. Here’s hoping those businesses will also take advantage of Flagpole’s ability to get their message to you.

The Bible has seen a thing or two about plagues, and in Proverbs we are cautioned: “Boast not thyself of tomorrow, for thou knowest not what a day may bring forth.” Amen to that! Plus, there’s that part about the seven fat years and the seven lean years.

Athens has been through upheavals before. The Civil War shut down the university and greatly curtailed activity in town, while death awaited young men on far-away battlefields. At the end, enslaved Athenians were emancipated, and Athens was changed utterly, though it is not even yet freed from the effects of enslavement.

World War II also sent many Athenians away into danger and greatly limited activities at home through rationing of gasoline, tires, foodstuffs and other vital items.

More recently and less dangerously, our whole downtown business structure was decimated by the removal of its anchor stores to Georgia Squall Mall when it opened 40 years ago. Nobody died, but downtown did. Over time, the energy of our artists, musicians and entrepreneurs, aided by local government, transformed downtown and Athens.

This time, along with disease and death, the long-range result could be the snuffing out of local businesses and local identity and the triumph of the chains. But it also could accelerate the nascent trend toward distance-learning, whereby students take classes and exams online and do not need to be on campus, and therefore do not need to live in luxury high-rise dorms in downtown Athens and will not be shopping and eating and drinking downtown, and the chains will move on.

This is all just long-range speculation, trying to see beyond the scary immediate present. A tsunami is heading for us, and we’re belatedly trying to figure out what to do without knowing what is going to hit us. We’ve got to hang together on this one and figure out how to help each other, especially our most vulnerable. No time now for the long view. “Sufficient unto the day are the troubles thereof.”

Correction: The very informative article about the builder of Watson Mill Bridge in the Mar. 11 issue of Flagpole was written by Dena Chandler, and not by Gena Chandler, as I so stupidly named her in typing her byline. I have known and admired Dena forever, and I am mortified that I mis-typed her name and never noticed it in spite of several editings. The typo has been corrected online, and I have apologized profusely to Dena, and I do so again here.