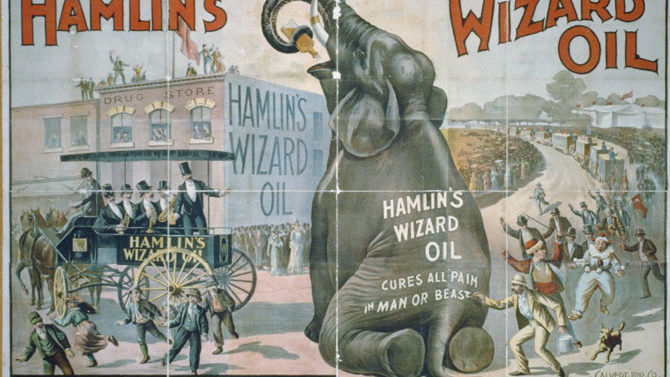 The impeachment hearings showed again President Trump’s uncanny ability to obfuscate and divert. After all that testimony by all those righteous, dedicated, no-nonsense public servants, how can Trump not be trapped? After the fumbling, futile defense by Nunes and Jordan and the other Republicans, how could anybody not see what’s going on?

But wait: What’s a hyperlocal pundit doing wasting paper on matters covered by every national news outlet? Well, for a lot of us, these hearings are local. We were spellbound and consumed by the drama, enthralled by the professionals who dared speak truth to power. It’s all we could think about, talk about, proving that all politics is local.

Even if you didn’t watch, didn’t care, you know the plot: The president held up congressionally authorized military aid to Ukraine and a meeting coveted by that country’s new president until that official would announce a corruption investigation aimed at one of our president’s political opponents.

Read the transcript. If you’re a Democrat, you’ll clearly hear the extortion. If you’re a Republican, the call is perfect. Recall the hearings. Democrats heard heroes. Republicans saw traitors in military uniform and business attire.

Were the hearings a hoax, a trick played on Democrats? President Trump’s method of operating is very much akin to the old medicine shows, where the slickster sells “Wizard Oil” to the farmers and townspeople gathered around the wagon, eagerly buying the worthless elixir. The success of the scheme depends on the salesman’s ability to convince his listeners that the bottled swamp water cures their pain, and they need to believe that it will. In those transactions, a lot remains unsaid.

So it is with Trump and the impeachment hearings. Chairman Schiff labors to bottle up the president because he withheld aid to an ally in wartime. Trump fights and postures and blocks the relevant documents and witnesses. The nation debates whether extorting an ally for personal political gain is an impeachable offense.

So far, impeachment is about Trump’s quid pro quo—his godfather-like muscling of a client state. So far, there is no chance whatsoever that he’ll be convicted for being himself. But think of the medicine show. There’s something unsaid behind all this.

Remember that Trump has arranged this wagon, and he’s out front controlling the spiel, diverting our attention from what’s behind the curtain, where his enablers are pouring the swamp water into the bottles and affixing the labels.

Here’s the cool part. Here’s where you’ve got to admire President Trump and admit his ability to fool us. He has, as usual, made the show all about him, and whether he extorted an ally for his own personal political gain. Your assessment of his actions depends on how much you like Wizard Oil.

He has us arguing over why he did what he did, keeping us from realizing what he actually did. President Trump delayed congressionally approved military aid to an ally in wartime and put off indefinitely the official meeting that would legitimize our ally’s new government. For whatever reasons, he has undermined Ukraine while that country is fighting a war against Russia after already having a chunk of its prime territory ripped out by Russia. Nobody knows what it is with Trump and Putin, but Trump has obviously and publicly chosen him over our own intelligence services and our allies in NATO and Syria, so it’s nothing for Trump to undercut Ukraine to benefit Putin. And it’s nothing to Putin if his capo adds a little vigorish of his own as a side deal.

So, you’ve got to admire President Trump’s medicine show, and his ability to divert attention from what looks a lot like treason. He sells us the Wizard Oil and then he rides off down the road to the next rally, betting we won’t remember what Speaker Pelosi told him to his face: “With you, all roads lead to Putin.”