The Newspaper Desert Continues to Expand 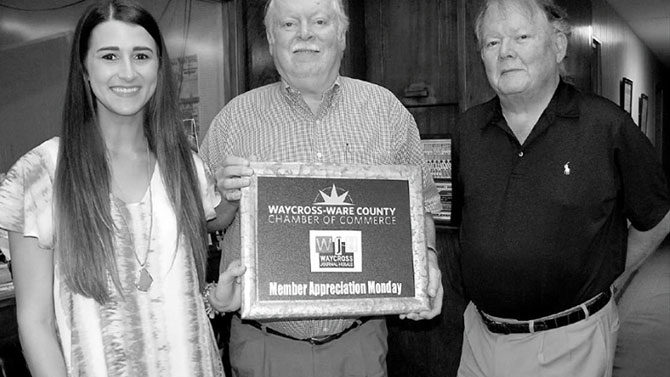 “There is no easy way to break this news. It’s been a long time coming as advertising accounts fled to Facebook, websites, data streaming, ‘marriage mail,’ TV, radio, and several other mediums, followed by reduced print subscriptions as Americans and Waycrossans turned to cell phones to get their news.

“The Waycross Journal-Herald, which has been owned and operated by the Williams family since 1916, will cease publication as of September 30, 2019.”

The Williams family and other stockholders owned the Journal-Herald. The decision to close it was not made in some venture-capital boardroom, but by the local family who had run it for three generations and faced financial ruin if they did not stop the presses.

Thus, Georgia lost its 29th newspaper, widening its “news desert” to a fifth of its counties. (A former employee is resurrecting the paper as a weekly.) In an opinion piece in the Brunswick News commenting on the closing of the Journal-Herald, former AJC managing editor Bert Roughton Jr. wrote:

“In news deserts, reporters no longer cover school boards, county politicians or zoning committees. No one gathers and reviews local crime reports. Judges sit on benches without the familiar sight of a reporter taking notes and creating a people’s record. The high school play goes unnoticed. No clips to stick proudly on the refrigerator door. Obits, births, marriages—who takes note of these?

“The crooked, comfortable and cronies who always found local newspapers a nuisance can celebrate their demise. The hen house goes unwatched.”

(OK, Flagpole forgot a high school play last week, and we don’t do obits, births or marriages, but you get the idea.)

The Williams family was typical of how newspaper ownership used to work in Georgia and elsewhere. An entrepreneurial forebear founded or bought the local paper—most of them weeklies. Spouses worked, and the kids grew up working at the paper and eventually assuming responsibility for running it. Two nearby examples are Ralph Maxwell Jr., second-generation editor and publisher of the Oglethorpe Echo, and Carey Williams Jr., third-generation editor and publisher of the Greensboro Herald-Journal, not to mention Mike Buffington up in Jefferson, who carries on the family tradition there.

Newspapers in the last century were so successful and so mainstream that they spawned a generation of “alternative” papers that appealed to younger readers impatient with establishment journalism. Flagpole sprang from that tradition, and in addition to all the slings and arrows of outrageous advertising flight, we have also had to adjust to the fact that the decline of the Banner-Herald means we no longer have a newspaper to be alternative to. Only weekly, but also online, Flagpole has, like it or not, become the paper of record, fighting to maintain an oasis in the spreading news desert. The Waycross Journal-Herald lasted 100 years but finally succumbed to the same forces that threaten every newspaper, most especially Flagpole, as we complete our 32nd year.

Grady Thrasher and Kathy Prescott, chroniclers of our town in their film Athens in Our Lifetimes and enthusiastic supporters of Flagpole and many other community efforts, said recently in an email, “We can’t imagine Athens without Flagpole!”

None of us wants to imagine such an outcome, and we are committed to finding new ways to stay relevant and develop new means of support. We very much appreciate the generosity of readers who have contributed to our resources. You can join them here. Thanks.

It can happen here. The weekly Athens Observer, after a run of 27 years, closed in 2001, following several changes in local ownership. As the Observer declined in spite of the efforts of its determined young staff, its neighbors, the owners of Dotson Janitorial Services, stepped in and pumped $30,000 into the effort to keep the paper going. When they saw that they could not continue that effort, they came down to Flagpole to ask if we could reimburse them and take over the Observer. Alas! We knew only too well the difficulties of keeping a newspaper going and could not afford to take on another.

Teresa Dotson failed in her effort to keep the Observer alive, but she still can save it by agreeing to allow its preservation in the Digital Library of Georgia. Here’s hoping she will snatch this chunk of Athens newspaper history from the creeping news desert.