Working in the Summer Georgia Woods 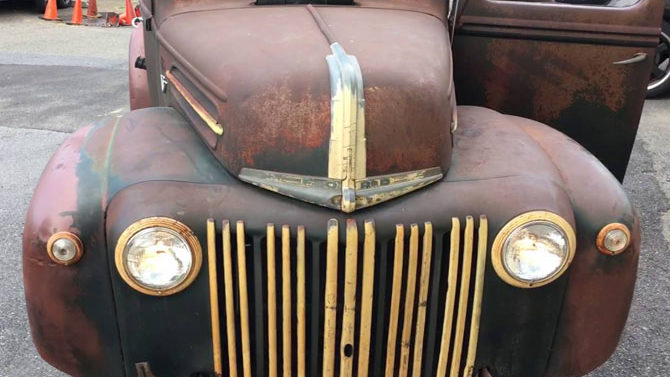 When the hot weather crunches down, I think back to the high-school summers when I worked in the Georgia woods to stay in shape for football. The father of my buddies Bobby and Sam Roper ran a pulpwood business, and he hired us to cut up felled pine trees, not with a chainsaw, but with a two-boy bow saw, which we pulled back and forth across the pine log until we sawed through it, while the third boy “limbed,” i.e., cut the limbs off the logs with an axe. We were paid by how much wood we cut up, which wasn’t much.

I figured that if I did that all summer, when the hellacious twice-a-day football practices started up in August, I would be more than ready for them. Truth to tell, I would have been a lot better off if I had worked in the drugstore all summer like our captain, Sonny Thurmond, because by the time practice did start, I staggered in weighing 135 pounds and almost too tired to run the dreaded windsprints.

It must have been hot as hell in those woods. We worked barebacked, trying to stay cool, but I noticed that Mr. William West, the head of Mr. Roper’s professional pulpwood team (chainsaws), was wearing a long-sleeved union suit under a flannel shirt. I asked him why, and he explained to me that once his shirts were sweated through, they worked just like an air conditioner for his body, cooling him and picking up the slightest breeze. Thanks to Mr. West, I have always worn at least a T-shirt when I work outside.

Another summer, I contracted with the famous, free-spirited Greene County character E.H. Armor to clean up some forest land that he managed. Greene County citizens must have a nickname, so E.H. was known as “H.”

My pulpwood experience came in handy, because we had to load logs onto a truck owned by my older cousin, Deeta McCommons, who had a good job as a rural mail carrier and was trying to make some extra money hauling pulpwood. Deeta had two trucks: an old Chevrolet and a much older Ford. He got me down in a field down toward Veazey one morning, where the two trucks were loaded and waiting for us. We were going to drive them to the mill in Sparta, if we could get them out of the field and up the adjacent steep, red-dirt hill. If we couldn’t, we would have two trucks and a ton or so of logs rolling downhill backwards too fast for the paltry brake systems to halt—plus us.

Deeta’s strategy was to put me in front, in the old Ford. If I couldn’t get it up the hill, he would attempt to block its downward plunge with the Chevrolet.

We came out of the field and immediately made a hard left up the hill—no room for a running start. The old Ford had a flathead V-8 engine, and I had it in double-low gear. It sounded like an ice cream churn just about to hit froze. Right at the crest of the hill, I thought the motor could not make another revolution, but somehow it did, and we made it over the top. Never mind that Deeta’s truck had a flat tire on the way, and we had to unload it, so that we could change the tire and then load it back. On a later trip, I was driving the old Ford with another load on it, while Deeta and H followed in a car. The front wheel fell off the truck, and it dropped down onto the dirt road and eventually skidded to a stop. I thought I exited the fallen vehicle with some aplomb, but H unkindly reported that my eyes were as big as saucers.

Toward the end of that summer, our friend and right tackle Lewis Brown and I were out in the woods loading Deeta’s Chevrolet—the Ford having been honorably retired. Football season was just about to start, and Sonny, feeling the need for some conditioning after a summer behind the ice cream counter, joined us for a day of work.

In the hot, humid air, Sonny did not last long. When the heat got to him, and he went limp, all those newsreels of kids in iron lungs rushed through his fevered brain, and he was convinced that, out there in the piney woods, he had contracted polio. He still shudders to remember that morning. Sonny just had back surgery last week. I wonder if there’s any connection.