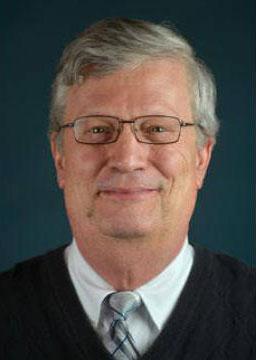 Some years ago, before the Athens Banner-Herald publisher decided that an editorial voice was bad for business, I used to call Jim Thompson “the hardest-working journalist in Athens.” Jim at that time was editorial page editor for the Banner-Herald. In addition to assembling opinion columns from the community and syndicated sources, Jim wrote an editorial column every day except, maybe, Saturday.

Now, just suppose that you got up every day with a deadline staring you in the face, demanding 1,000 well thought-out words about some controversial local issue that everybody already had an opinion about. For that kind of writing, you can’t just bang out stuff you made up. You’ve got to know what you’re talking about. You’re carrying on a dialogue with your community, and they’re looking to you for some thoughtful, informed opinion. That means you’ve got to do your homework before you sit down in front of your keyboard. That means you’ve got to attend a lot of meetings at night after work and talk to a lot of people and go see stuff for yourself.

That’s why I used to call Jim the hardest-working journalist in Athens, though he may not have even been the hardest-working journalist at the ABH, because at the same time they had Blake Aued reporting all those meetings as straight news, and Lee Shearer covering the university, and Don Nelson keeping an eye on business and other matters, and Allison Floyd reporting and editing—all of them, plus a lot of other talented journalists presided over by that genial genius, Executive Editor Jason Winders.

When the current publisher decided opinion was bad for business and purged the editorial page, Jim was able to hang on by going back to being a reporter, doing whatever he had to do to survive in today’s journalism. He got passed over several times as the executive editor position became open again and again, but Jim just kept his head down and did what needed doing. He may no longer have been the hardest-working journalist in town, but he was busy. In fact, as time went by, he got busier and busier again. He practically wrote every story on every front page the ABH published.

Jim is the very model of the modern newspaper pro, earning depressed wages from an over-extended newspaper chain in a shrinking newsroom where all the work increasingly has to be done by fewer and fewer. And like all the good newspaper people I’ve ever known, Jim has accomplished this balancing act without losing his wry sense of humor.

Well, I forgot to say that Jim gave his notice last week. He’s taking early retirement. He has held on until the moment he could get out and make it work. I haven’t talked to Jim yet, but I guess he’ll soon be holed up in his “palatial” digs on the Eastside, decompressing. I don’t know how the Banner-Herald will come up with a front page when he’s gone.

I congratulate Jim for being a survivor in a tough game that has become the model for the new Trump economy—wealthy absentee owners able to demand more work for less pay and fewer benefits from workers who have no alternative but to knuckle under and try to hold onto their jobs.

Jim is indeed a hard-working journalist. The Banner-Herald and Athens will be poorer without him. When a guy like Jim sits down in front of his keyboard to report on our community, he is writing not only with the information he has just gleaned from meetings and interviews, but also with the knowledge of how things work, gained over years of observing our town and those involved in it. That’s called “institutional memory,” and the only way to get it is the way Jim got it, by waking up every morning ready to stare down those deadlines.

Jim is no armchair journalist; he’s not afraid to take a contrarian position, and he’s open to being convinced by other arguments. He was skeptical of the efficacy of bike lanes when the rest of us were demanding them. So, he got out his old three-speed and commuted in from the Eastside every morning for a couple of weeks, learning that bike lanes might have some values he had overlooked.

Jim is a journalist, a breed under pressure not only from those who own journalism but from those who own government. They cut his pay and call what he does “fake news,” but Jim has prevailed, and our community is stronger because of his hard work. That’s journalism down where the rubber meets the road, and it’s real.

Don’t forget, the film Athens in Our Lifetimes opens for free, once-a-day showings at Ciné on Friday, May 5. This is the film by Grady Thrasher and Kathy Prescott that attempts to show, through interviews with Athenians, how Athens got to be the Athens we know and love.