Revolution or Business As Usual?

You of course remember Plato’s allegory about the people chained in a cave so that they can only look toward the back wall. There, a fire behind them casts the shadows of objects carried past. As they watch the shadows go by, the people try to guess at what they represent, and they compete with each other to see who is the best guesser. Anybody who is freed from the cave and taken outside to behold the real objects is blinded by the light and desires to return to the cave.

Or you could just call it “Morning Joe.” Same principle. There’s a lot of speculation right now about which candidate is most in touch with the real America or represents the values we believe are real, but most of us are locked into the cave of our own blindness toward the real world of cause and effect. We watch candidates compete to see who can offer us the most war against the most people at the least cost with the least benefits for our own citizens. We also watch our leaders scramble to discredit anybody who tries to tell us that we’re only guessing at shadows while reality is going on behind our backs.

We also know all too well the dictum of that later philosopher, Edmund Burke, “Those who don’t know history are doomed to repeat it.” 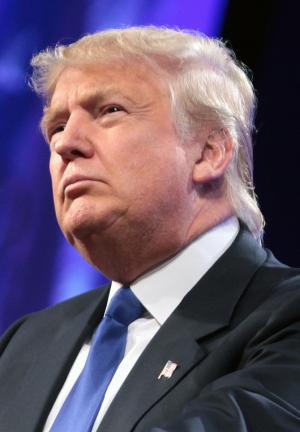 Donald Trump: the culmination of 80 years of Republican politics.

In that regard, Chuck Searcy sent along a blog post by David Stockman, entitled “The Trumpster Sends the GOP/Neocon Establishment to the Dumpster.” Read it here (and weep), in which on Mar. 2 he laid out how we came to be what he calls the “Warfare State.” You may remember Stockman as Ronald Reagan’s budget director. He has evolved into a kind of Libertarian guru with some scary ideas of his own, but he’s right-on with his reminders of how we have come to take for granted that war is the new normal. Coincidentally, liberal pundit Paul Krugman wrote in the New York Times at about the same time about why Trump is anathema to the Republican elite, although they prepared the way for him.

Perhaps the most readable account of the rise of Trump is Heather Cox Richardson’s Sunday, Mar. 6 piece on salon.com, “This is How the GOP Imploded: the Real Story Behind the Conservative Crackup and the Creation of Donald Trump.”

Richardson’s piece gives us some context from fairly recent history to help us understand the candidates and the issues, even when the candidates themselves don’t care about issues.

Not so fast, Democrats! The Republicans may be imploding, but so are you. Don’t believe it? Then read Andrew O’Hehir’s piece also on salon.con, “Stop Laughing, Democrats! As the Republicans Go Down in Flames, Your Post-Bernie Civil War Is Almost Here.”

O’Hehir argues that the Democratic Party is just as far out of touch with the American people as the Republican Party, and that it will take a lot of time, work and commitment to change it.

Of course, the main thing people are discussing is, “Why Trump? Where did he come from?” Now, somebody finally raps it down for us. On readersupportednews.org, George Lakoff has a fascinating (and long) explanation of conservatism and liberalism based on the nurturant parent family (progressive) and the strict father family (conservative). I know, I know, but he really does go a long way toward explaining why some people are conservative and others liberal and also why Trump can get away with being a mixture of both.

These are perilous times, dominated by a cacophony of voices spewing information that may or may not be true and generally driven by unstated motives. Plato’s cave has become electronic, and we sit chained to our screens guessing at truth. At the same time, we have the means to read broadly and research for ourselves. Will a new America be born out of our possibilities, or will the old business as usual continue to keep us prisoner? It’s up to us, and we have nothing to lose but our chains.