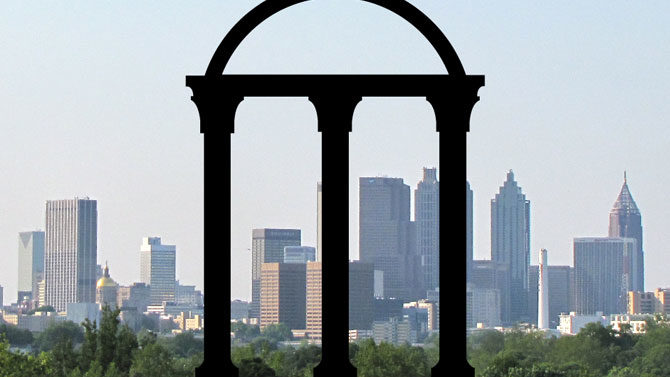 Athens Regional Medical Center will be bought out by an Atlanta hospital system, Piedmont, if present negotiations conclude successfully. There’s a lot of talk about “partnering” and shared goals, but the bottom line is that Athens won’t have a local hospital anymore, since St. Mary’s is already affiliated with the Trinity national chain of Catholic hospitals.

We have only one local bank, one local movie theater, one local supermarket, one local newspaper and most radio stations owned by the same Ohio/Atlanta company. The purge of the new medical college’s founding dean made it painfully evident that the campus is merely a satellite of the medical school in Augusta, whatever that school’s current name is. And this year’s abrogation of retiree health insurance was a powerful reminder that the University of Georgia is in no way our local college but is merely the Athens unit of a statewide educational system run by the same politically connected businessmen who also hamstring our local breweries and keep them under the thumb of the big-money statewide liquor distributors.

We used to fear the geographic encroachment of Atlanta that would suck us into the metro vortex and snuff out our identity like Tucker and Lilburn and other towns that used to be separate entities. The ATL hasn’t come this far, yet, but by the time it gets here, there may not be any here here.

Or, you could argue that Atlanta is already here. The HOPE scholarship, once the need qualification was stripped out, made UGA a post-secondary unit in the Atlanta public and private high school system. Atlanta kids, enticed by HOPE, have displaced other Georgians here and homogenized the student body into a sort of upper-middle class sabbatical before real life begins back in Atlanta.

All Athens ever had going for it was its charm, its combination of college-town atmosphere set among quirky people in funky old surroundings. As that gets replaced by Atlanta-as-usual, Athens simply disappears, and we become the northeast Georgia location for football, college, hospital, med school, banking—you name it. And, of course, all the chains: The stores, restaurants, movies, groceries, etc. continue to move in. We simply become another link in the anonymous, garish sameness that malls our landscape from here to the Atlanta suburbs. That’s why, for instance, we’re powerless to slow down traffic on Prince Avenue. The main purpose of the street is to move commuters into the Athens locations of these regional services. The fact that the route passes through neighborhoods where Athens people actually live is unfortunate but irrelevant.

Maybe, come to think of it, game day is the perfect reminder to Athenians that “our” town exists for the use of Atlanta. Six or seven Saturdays a year, 100,000 people, the majority from Atlanta, descend on Athens and take us over, to use us however they wish, displacing us from our appointed rounds before they depart, leaving their children in our care—which is the only reason Athens even exists.

One of the “benefits” from the soon-to-be gone commitment of the University System to providing a continuation of its health benefit plan to retirees over the age of 65 was that we were freed from many of the year-to-year worries about Medicare Advantage, Medigap and Medicare Part D plans facing middle-class families lacking similar long-term commitments from former employers. And, while we still had to pay a significant portion of those plan costs in the form of monthly premiums drawn directly from our checking accounts, our institutional HR office with which we had dealt our entire working careers was pretty diligent in helping resolve health coverage issues.

Even with the “commitment” on the part of USG’s Board of Regents to annual contributions to our health reimbursement accounts, most of the certainty about being able to cover our health care needs in retirement has evaporated. One of the worst features about the BOR’s quasi-secret decision several years ago to end its health plan for retirees eligible for Medicare was that it “grandfathered” no one—not even retirees and beneficiaries living in long-term care facilities. After all, the business model under which USG and its institutions operate leaves scant room for concern about people.

The Grumpy Retiree and other engaged retirees have documented on my Facebook page a host of concerns and issues related to all of this. The latest are a warning about the necessity of signing up for Medicare Part B before you retire and also the case of a former UGA dean whose records were lost by the Aon firm hired by the BOR. Read about both on The Grumpy Retiree’s Facebook page. The necessity for vigilance has never been greater—and not just for current retirees from the USG! Aren’t the unintended consequences of the BOR’s decision to terminate our health plan ever more fun? [Joe Wisenbaker]