Life Goes On Here, But We Can No Longer Ignore the World 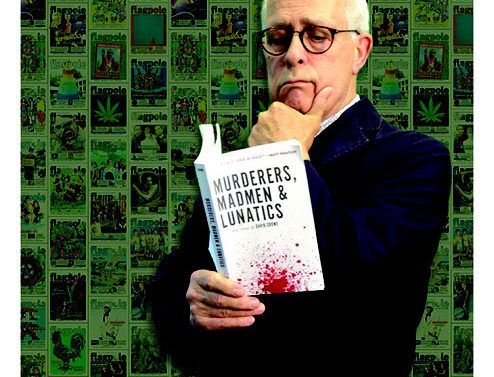 As you sit in the Georgia Theatre sipping a Tropicalia and awaiting the Kinchafoonee Cowboys, you’re probably wondering what’s the latest with the UGA retirees’ health insurance concerns.

Well, there are some interesting developments, thanks primarily to Joe Wisenbaker, the dude who calls himself “The Grumpy Retiree” and has created the Facebook page of the same name, which has become a clearinghouse of information and concerns.

Joe has now elicited from Karin Elliott, the University System of Georgia’s associate vice chancellor for total rewards, two important acknowledgements: retirees can qualify for USG reimbursements by buying only one plan through Aon, and those reimbursements can be used to pay the premiums for plans bought in the open market outside Aon’s offerings.

Even though Elliott’s acknowledgements come only after two-thirds of the retirees have already signed up for insurance—most of them through Aon—those who haven’t are free to sign up for a drug plan and then find a less expensive Medigap plan in the market. Of course, applying their reimbursements to their premiums will take more paperwork than through Aon. Check it all out through The Grumpy Retiree on Facebook, and have another Tropicalia.

If you’re like me, you don’t know much about ISIS, even though our country is engaged in fighting them, and they are increasingly becoming a threat to us. There is objective, informative information available through reputable sources online and in print. At the same time we are bombarded with depictions of ISIS tainted with political spins.

We need to understand this enemy in more than comic book terms, so that we know whom we’re fighting and how best to go about it. We have been misled too many times because of our own ignorance and negligence. Now that they’ve got our attention, let’s find out who ISIS is, so that we’re not stampeded by emotional, uninformed and misguided reactions, as we have been in the past. Here’s a liberal take from The Nation that puts ISIS into the perspective of cults and sects in our own country, including the Ku Klux Klan.

As you’ll note in Hillary Brown’s Thanksgiving takeout story, Five Bar, the restaurant with the warm brick walls and big windows on the corner of Hull and Clayton streets downtown is hosting its second Thanksgiving Day charity feast.

As they did last year, Five Bar’s chefs will prepare a seated Thanksgiving meal that will be served free of charge on a first-come, first-served basis from 11 a.m.–4 p.m. on Thursday, Nov. 26.

There’s no charge and no questions asked. Diners who can afford it can make a donation, and 100 percent of the donations will go to Project Safe.

In order to pull off this event, Five Bar needs volunteers to help with front-of-the-house assistance. (You don’t have to wash dishes.) If you want to lend a hand or want more information about this fine gesture, drop by Five Bar at 269 N. Hull St. or call the bar at 706-543-5515.

I am reading two books by Athens authors at the same time, both of them mysteries or “noir” novels that concern the law and how it can be skirted. Local writer Joan Curtis has just published The Clock Strikes Midnight, and although I have just started it, it promises to be a good read about a female protagonist who has set out to right an old family wrong, a task that quickly gets complicated, of course.

Local attorney David Crowe has published Murderers, Madmen & Lunatics, which involves all of the above, plus lawyers, judges and others of those ilks. Crowe set his book in Atlanta, but his colorful character types are recognizable anywhere.

I have the greatest admiration for Crowe and Curtis. It isn’t easy to write this kind of book. I wrote two of them, and even my wife agrees that they should never see the light of day, no matter what time the clock strikes. She should know, since I read them to her while I was writing them, and she had to point out such things as characters that I killed off yesterday still being alive today.

The Clock Strikes Midnight and Murderers, Madmen & Lunatics will get a more in-depth analysis once this slow reader has finished them. Meanwhile, the accompanying poster was shot by Van Burns, graphic designer at the ACC Library, as part of a series to promote reading. Burns in his former life was a photographer for Creative Loafing, and his series for the library includes the likes of Sheriff Ira Edwards, Gwen O’Looney, Doc Eldridge and other serious readers. You can view the collection at the library and find yourself something to read.