The recent resignation of UGA Associate Athletic Director Frank Crumley because of his relationship with a subordinate, for whom he apparently secured a better job and a raise within the department, brings to mind a situation with some parallels in the Athens Downtown Development Authority.

In the ADDA, local attorney Bill Overend is chairman of the board of directors. He was dating Elise LeQuire when she was elevated last December from having had a part-time job with the ADDA to the newly created position of marketing director, with no other candidates for the job. Overend did not disclose his relationship with LeQuire to Executive Director Pamela Thompson, who hired her. Overend and LeQuire have since become engaged. She continues as marketing director, while he continues to serve as chairman.

Overend did not answer email or telephone requests for an interview, nor did board attorney Jim Warnes or several other board members, though one spoke off the record, and member Regina Quick suggested talking with Pamela Thompson, which had already happened.

Thompson answered questions about LeQuire’s hiring. She says she hired LeQuire because she knew and respected her work. She says that she created the full-time marketing-director position after two part-time employees left. In regard to the relationship between Overend and LeQuire, Thompson says she never asks people she’s hiring about their personal relationships.

Thompson says that she is totally in charge of hiring and firing personnel and managing them, and “no board members, including the chair,” are involved. She therefore feels no awkwardness supervising the now-fiancée of the board chairman. Apparently, few board members feel any awkwardness about it, either—assuming they know. 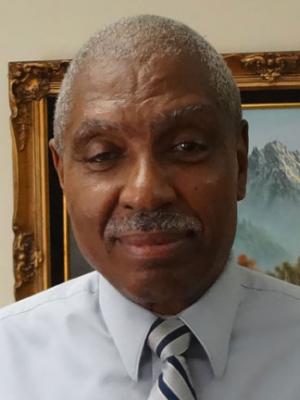 I have known Ken Dious for 40 years, and all that while he has been practicing law here in Athens. His son Kevin went to Clarke Central with my daughter Molly. Ken and I aren’t close friends, but we have that easy familiarity that comes over time to people who are accustomed to being on the same side politically. I can think of a lot of people I’d rather have in Congress than Ken, but none of them ran. I’m grateful that Ken is running, because he is our only choice now instead of another fanatical, science-denying, anti-woman, anti-government, psueo-constitutionalist ready to continue the 10th District tradition of making us a laughing-stock while accomplishing absolutely nothing. The whole point of the national congress is to compromise and bring unity out of the many divergent views of the various states—“e pluribus unum.” Hice does not believe in that. He belongs to the fanatic right wing that wants to see government fail and only right-wing doctrine prevail.

Dious is the opposite of the Hice-type candidate. Dious is in the Mr. Smith Goes to Washington tradition—he is not an ideologue; he’s not going to Washington to push any kind of agenda except trying to figure out the best way to solve some of the problems besetting our people. I have not always agreed with Ken, for instance when he stubbornly tried to sell his property to a gas station that would have encroached on the surrounding neighborhood, and certainly not when he pushed for the abolition of the “super districts” in our local government in the mistaken belief that it would increase minority representation. It didn’t.

But Ken is our only chance to avoid a candidate even worse than Paul Broun. Everybody says there’s no way for Ken Dious to win, but a big vote here in Athens will help. Democrats will be going to the polls all over the district to vote for Jason Carter and Michelle Nunn, anyway, so we can vote for Ken, too. Here’s hoping, also, that there are a lot of Republicans in Athens, at least, who would rather vote for Ken than send a bad copy of Paul Broun to Washington. Remember, Republican stalwarts, all you have to do is mark the box next to Ken Dious. All the races are on the same ballot in the general election. Let’s all get together and vote for Ken Dious. “E pluribus unum.” Dig it.