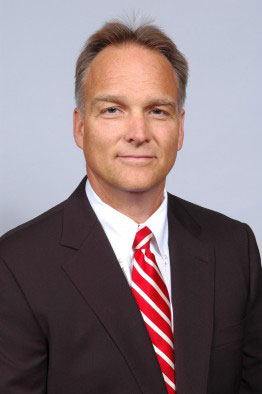 Rolling Stone had a nice little piece last month by Michael Weinreb calling UGA football coach Mark Richt the “Charlie Brown of College Football,” meaning that he’s “the kind of guy whom everyone likes as a man yet no one respects as a competitor.” The story was occasioned by Richt’s Sept. 13 loss to the South Carolina Gamecocks and their coach, Steve Spurrier, whom no one likes as a man but everyone respects as a competitor.

Weinreb portrays the “hapless” Richt as lacking the ability to win in the clutch, for instance in the 38-35 loss to Carolina, and perennially unable to win a national championship, squandering the talented athletes he consistently recruits. In fact, the main rap against Richt is that although he’s always in contention (at least in pre-season), he has never won the big one.

Weinreb also referred to a poll of nearly 100 college football coaches by ESPN writer Brett McMurphy, asking which coach the other coaches would want their sons to play for. Richt was one of the two coaches named more than any others.

Weinreb’s conclusion is that Richt is too nice a guy to win big in the cutthroat SEC. The implication is that, if we want to win the national championship, we’d better find a meaner, fiercer competitor to lead us. Yikes! Would we rather have Spurrier? Would we rather have Nick Saban? Would we rather have the LSU. and Auburn coaches who are always so glad to get the kids Richt has kicked off our team for theft from teammates, double-cashing checks and other breaches of team standards? Would we really rather have a team where cheating and theft are condoned in the service of winning, the way they surely are at Auburn and LSU and at most schools?

So, what we have is a genuinely decent man in a profession dominated by the kinds of coaches the Tennessee coach seems on TV so obviously to be—brutes who do not respect their players or coaches and care only for winning and will soon be gone if they don’t. What we have is a coach whom coaches and kids’ families want their players to play for and learn from. We have a coach who has taken us to a bowl game every one of his 13 years here. We have a team that’s almost always on TV, even though the stadium is almost always sold out, and we always have a winning record, even if we haven’t won the big one.

And, of course, Mark Richt is paid handsomely for what he does, and nice guy though he is, he’s the center of a powerful money machine not unlike a modern plantation running on free labor and the promise of how good it’s going to be, one of these days (if you make it to the pros). Football, moreover, is under scrutiny for the violence it encourages and the great damage to the bodies of its athletes, not to mention the role the game plays in the dumbing-down of college education.

As long as we’re going to have a competitive football program—and that’s a long time into the future—there’s a great advantage to having a coach who is an integral part of the school over the long haul. Mark Richt may never be a great coach if the national championship is the determinant, but he and his program are a credit to the University of Georgia and the state.

I don’t know Coach Richt personally. I’m somewhat put off by his brand of Christianity (though not by the way he puts it into practice) and by his constant selling of Ford pickups. I just think our “nice guy” coach is an overall asset who should not be jettisoned if he does have a bad year.

Baseball manager Leo Durocher is credited with, “Nice guys finish last.” Green Bay coach Vince Lombardi (among others) said, “Winning isn’t everything. It’s the only thing,” and sportswriter Grantland Rice wrote, “For when the One Great Scorer comes to mark against your name, he writes—not that you won or lost—but how you played the game.”

Aphorisms go only so far. Mark Richt is a nice guy who cares deeply whether he wins or loses but knows it’s not the only thing. We can live with that—as long as there are no more screen passes on first and goal from the four. Good grief!