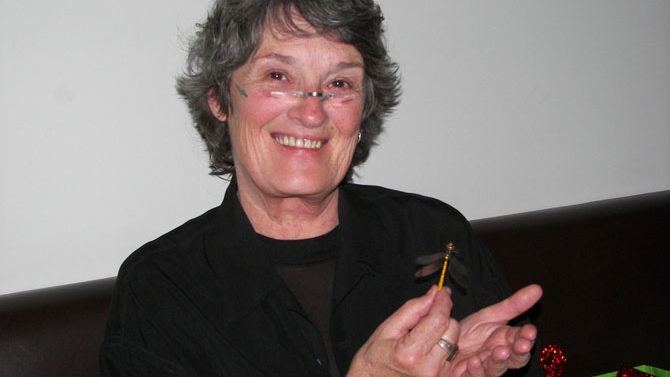 Welcome to AthFest and to Athens. The Athens with its lively downtown scene that is so hospitable to AthFest didn’t just happen. There was a time not so long ago when the spaces on the upper floors of most buildings downtown were vacant and unused. When a few urban pioneers started talking about turning them into apartments, the fire chief at the time stood up in a city council meeting and announced that he could never allow people to live downtown because of the fire hazard. In the same vein, the first guy who pulled a couple of tables and some chairs onto the sidewalk outside his restaurant was cited for obstructing traffic. Even earlier, the local JayCees spearheaded the campaign to change the law to allow the sale of whiskey, and all along the people of Athens, led by far-seeing preservationists, were fighting to prevent the demolition of landmark buildings and close-in neighborhoods at a time when the new and the ugly were obliterating the old and the beautiful. What they saved makes Athens what it is and makes our town hospitable to people who appreciate living on a human scale and are thereby helped to create their own beauty in music and art and writing.

So, AthFest celebrates not only the music but the town that nurtures it and the people who understand the dynamic among art, commerce and government—a collaboration apparent all around us in the Athens feted this weekend.

Aralee Strange, poet, playwright, filmmaker and founder of the popular Athens monthly open poetry forum “Word of Mouth,” passed peacefully from this earth on June 15, 2013. She was 69.

Aralee’s name was almost too perfect, as if it were a literary device. Yet it is her actual name. And Aralee, with a cloud of salt and pepper hair and lightning bolt tattoo on her cheek, was definitely real, if sometimes larger than life.

Her fierce devotion to her writing never tempered her gentleness of spirit.  She championed the underdog, the underserved and the under-appreciated, while giving short shrift to the self-righteous, the imperious and the prejudiced.  Most of all, through her poetry and that of others, she sought truth in all its hiding places. Her works are often visceral responses to her keen observations of the inconsistency and injustice, as well as the striking beauty and love associated with the human experience.

After decades of creative pursuit in New York and Cincinnati, Aralee spent the last four years promoting the spoken word in Athens. The gatherings upstairs at The Globe on the first Wednesday evening each month have been eagerly attended and participated in by people of all ages, races, creeds and circumstances. Word of Mouth is an encouraging gathering place for poets of every description, whether novice or experienced, to try out their words before a welcoming audience.

Aralee would state that she organized Word of Mouth to encourage the poet in all of us, “because poetry is about paying attention to that which contains a truth, but is more, much more, than simple truth. In poetry there is clarity of language, in short supply these days. I say people should pay attention, sign up and mouth off… in poetry and in life.”

Next month, and each month thereafter, Word of Mouth will welcome poets of all stripes to pay attention, sign up and mouth off.  As one of Aralee’s many poetic admirers has already put it: “Even a blind man might discern/ her lucent light still doth burn.” [Written by a group of Aralee’s friends]