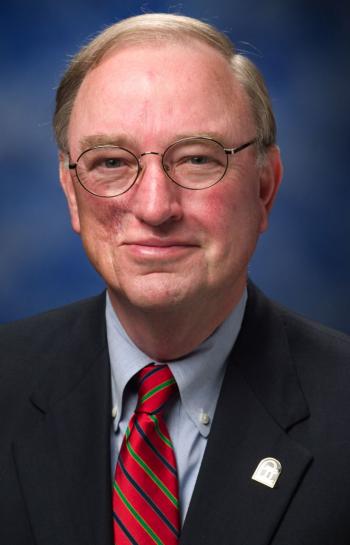 There was a minor flap recently over a quote in a speech by the university system chancellor to the effect that if you can’t find a job and you majored in drama, there’s a probably a reason. The quote gave the impression that the chancellor doesn’t think a well rounded education has any value in what is euphemistically called “today’s economy,” but of course he does. The chancellor no doubt both appreciates the value of a well rounded education and the fact that most people go to college hoping to enhance their value in the job market. And, as a letter-writer pointed out in response to the chancellor, drama—in the form of the film industry—is indeed a big business in Georgia with lots of jobs.

What the chancellor probably also knows, but can’t afford to say, is that it really doesn’t matter very much what you major in if you’re lucky enough to go to college. The truth is, you can’t go wrong. The truth also is that you can’t predict what today’s economy is going to do to you. The more you specialize, the greater your chances of making yourself obsolete.

Let’s say you are preparing yourself for the exciting and lucrative field of mortuary science. (I know, but it’s only a matter of time. You can get a college degree in real estate and insurance and hotel management: the funeral profession has got to be poised to move up to academic status soon.) But if you load your curriculum with embalming credits and then can’t find a job as an undertaker, you’re going to be limited in the job market as well as having some gaps in your general level of education. Embalming is not going to travel well.

Even so, in earning your mortuary science degree, you will have learned how to learn; you will have acquired some mental discipline, time management and at least some awareness of ideas and other people. If you hang in there long enough to get a degree, it doesn’t really matter what it’s in. By the same token, the broader your degree and the wider your skill-set, the greater the chance that you’ll have something to offer that an employer needs—still assuming there are no vacancies in your chosen field of funeral management.

And that’s what it all comes down to, anyway: management, and first of all, managing yourself. No kidding. And that’s the hardest part, right? If you can manage to get up in the morning and get to work on time and get everything done right and manage not to stay up too late drinking so that you can repeat it all the next day, then you’ll make a great employee.

You’ll be even better if you have the ability to learn new stuff, which is another thing about that well rounded education. You didn’t really want to learn about those Shakespeare sonnets, and you were sure they’d never help you get a job, but learning them did teach you to grasp something unfamiliar and even introduced you to alien concepts you never would have got off TV, such as “love alters not when it alteration finds” and other stuff that might even improve your ability to understand “Mad Men.”

The late, great Gamble Rogers was fond of saying, though he probably didn’t invent it: “Life is what happens to you while you’re busy making plans.” Don’t worry about your college major. Educate yourself. Then you’ll be able to learn whatever job comes along. I know a lot of people, for instance, who majored in music. None of them ever made a living from it, but they all did well, because they learned some real mental and physical discipline. And they have also had music with them their whole lives, as an added extra. That’s what well rounded can do for you.