How Athens-Clarke County Decides What to Spend Your Money On 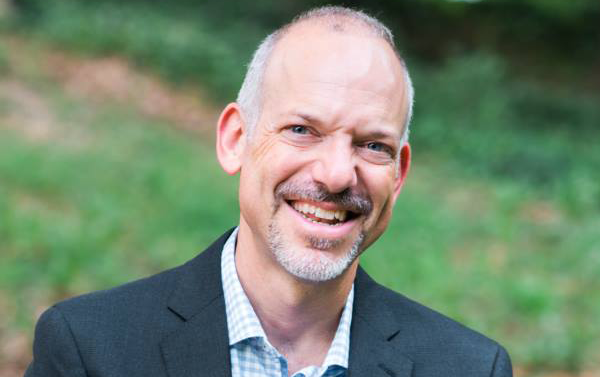 Every year, the mayor and commission’s most important task is to set the budget for the Athens-Clarke County Unified Government. Crafting the budget takes almost eight months from beginning to end and has major implications for everyone living in Athens.

The enormous task is primarily the responsibility of ACC Manager Blaine Williams and Finance Director David Boyd. It involves the creation of not just one budget, but dozens; every department of the local government has its own budget, which is submitted to Williams for initial approval by January every year. In addition to operating expenses, the manager’s office must also create budgets for capital expenses (such as roads, vehicles or buildings); “enterprise funds” like the Public Utilities and Solid Waste departments that run on fees for services, instead of taxes; and “independent agencies” that aren’t part of the local government but which receive local taxpayer funding, like the ACC Library and county health department.

The largest fund in the budget is called the “general fund,” which amounted to roughly $140 million in fiscal year 2021 (fiscal years run from July to June; fiscal year 2021 ends on June 30). The general fund includes public safety agencies like the police and fire departments, the court system, parks and recreation, public works and many other departments. It’s financed primarily through property and sales taxes.

Including the general fund, the total ACC budget is $251 million in fiscal year 2021. The biggest sources of revenue for the budget as a whole are various service fees, like water or parking, and property taxes. The biggest expenditures are salaries and benefits, public works, public safety and the court system, in that order.

A common misconception that property tax rates in Athens are sky-high in comparison to nearby communities is not true. Athens’ property tax rates are actually lower than most comparably sized cities or surrounding towns (though higher than unincorporated areas that also offer fewer services). But the other component of property taxes is property values, which are higher in Athens than in more rural areas.

The mayor and commission make the final decision regarding the ACC budget. They also start the budget-creation process by agreeing on a set of strategic commitments and goals, typically around November every year.

In fiscal year 2020, the commission’s goals included items like “create mixed-income, mixed-use neighborhoods,” “re-examine [the] Athens-Clarke County pay plan” and “fare free transit.” Since then, the local government has made progress on all three of these items. For example, Athens Transit is currently fare-free through at least June 30 and will remain so during nights and weekends indefinitely. The pay plan for ACC employees has been revamped, and the North Downtown Athens project (see City Dope on p. 4) is set to bring additional mixed-income housing to Athens in the near future.

The commission’s goals help guide ACC staff. However, high-level officials like Williams and Boyd do most of the heavy lifting. After deciding on their goals in November, the commission doesn’t get to weigh in again for months. Commissioners held a retreat last week to discuss some budget-related issues like police funding,

From November to March, department heads develop their budget requests and pass them along to the manager. These might include requests for new positions or programs, for example. The manager reviews these requests and decides to accept or reject them as he laboriously compiles the department budgets into one massive document with the help of the finance director.

When the manager is finished, he brings his budget draft to the mayor and commission for what is known as the “big rocks” meeting. During this meeting, the manager and finance director explain some of the predictions they’ve made regarding future tax revenue and expenses. Then, the big picture is hammered out in a back-and-forth discussion between staff and the commission.

Once the “big rocks” that represent the overall size and scope of government have been “moved” and a general consensus is reached, the mayor takes the reins from the manager and slides into the driver’s seat. He will take about a month to examine the manager’s budget draft in fine detail, making tweaks or larger changes where needed. Then, in late April, the mayor will present his recommended budget to the full commission. (Former Mayor Gwen O’Looney says that her recommended budgets were due on Apr. 1, but she always found some reason to delay until after April Fool’s Day. Fortunately, this problem has been solved in recent years by pushing the mayor’s deadline back until later in the month.)

When to Weigh In

During the month of May, the mayor steps aside, and the commission discusses the budget at length in a series of work sessions, proposing and debating various tweaks like raising or lowering taxes or adding new positions that may have been left out of the mayor’s proposal. The public is also formally invited to weigh in during this time. Three “taxpayer bill of rights” hearings with public input are required by state law before the budget is finalized, and two of these are normally held in May. The final hearing often takes place just before the commission votes to approve the budget on the first Tuesday in June. Typically, this is when the commission hears the largest volume of comments from constituents. This process normally includes last-minute requests to lower taxes, which are common in Athens, as they probably are everywhere.

The politically savvy reader will realize that the 11th hour is not the best time to make these requests. After an eight-month process, including several exhausting meetings full of negotiation and political maneuvering, commissioners will be loath to make any changes to the budget at the final meeting.

According to Commissioner Jesse Houle, if you’d like to see large changes to the budget, it’s best to bring them forward to your commissioner as soon as possible. “Now is the ideal time to bring bigger-picture ideas to the mayor and commission. By the time the budget is on the agenda, things have already been figured out,” Houle says.

After the budget is approved in June, the new fiscal year begins the very next month, on July 1. Yet this isn’t the end of the budget process. The budget can be amended at any time by the mayor and commission throughout the year. In fact, a small contingency fund is built into every budget to facilitate this process for commissioners, who usually make several budget adjustments every year.

Almost half of Athens-Clarke County’s total budget goes toward public utilities and public safety (police, firefighters, the sheriff’s office and courts). Here are a few of the major categories and how they compare.