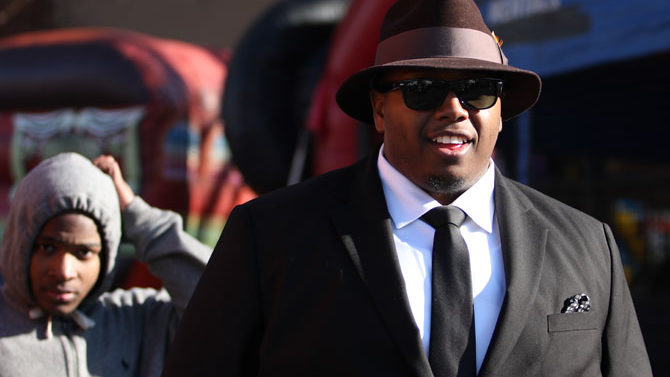 With Harry Sims giving up the District 2 commission seat he has held for the past 25 years in order to run for mayor in the upcoming May 22 election, two young newcomers to Athens politics are squaring off for the seat. Both are African American and under 30, yet they occupy extremely different cultural spaces and have different approaches to problems.

Taylor Pass, 28, is the grandson of the late Evelyn C. Neely, a civil rights activist who served on the Clarke County school board, worked with numerous charities and was known around town as the “Mayor of East Athens.” Pass is a big man, standing well over 6 feet, and he speaks softly and with enormous respect for the values he inherited from his grandmother: commitment to community, the need to serve people and the desire to bring positive change to Athens.

Pass says he tries “to walk a good path, trying to motivate young adults, what our elders stood for.” He continues, “I’m a strong believer in work, and I’ve got a good work ethic.” He is proud of the local high-school students he works with to get into good colleges and is well known as a mentor to young people in his district.

Pass played football at Cedar Shoals High School and went on to get a football scholarship at historically black Morgan State University, where he studied sociology. He then went on to play football for the Arena Football League and was asked to help launch the China Arena Football League, where he served for three months as assistant coach for the Dalian Dragons. He still texts with his Chinese friends using an app that translates Chinese into English. Pass is currently a patient recruitment specialist and health navigator for the Athens Neighborhood Health Center.

His platform calls for an increase in minimum wage to $15 and increasing the high-school graduation rate to 90 percent—though state law prohibits ACC from raising the minimum wage, and the county commission does not oversee schools—as well as extending bus service “to the edges of the county” and taking on illegal game-day parking on private property for which the police fail to write citations. He also supports rolling back property tax increases for seniors in gentrifying neighborhoods to help them remain in their homes. 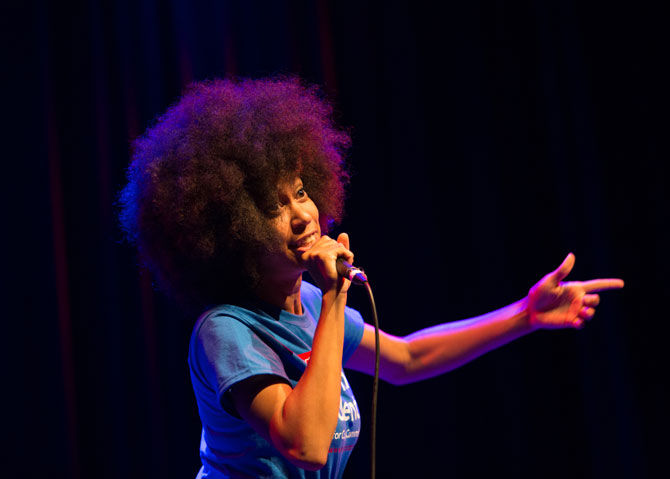 Facing off with Pass is Mariah Parker, 26, a UGA student who is reading for her PhD in language and literacy education and works as a teaching assistant.  Parker also performs locally as Linqua Franqa, a name she uses to evoke communication across cultural boundaries, delivering a powerful message of equality and justice on Athens stages and in YouTube videos.

Parker radiates the passion of a fierce activist taking on issues of race, poverty and education, yet she is quickly learning the language of politics for her campaign, and is considering writing her dissertation on the topic of political language. Her main issues: counteracting poverty with education, job training and programs that mitigate the effects of poverty, such as free local bus service and affordable housing. She also favors the “aggressive elimination of cash bail” for minor local offenses, to be replaced with “a system of cite and release,” in which offenders are released on their own recognizance, echoing a similar decision from Atlanta’s city council. “Cash bail hits poor people in Athens, people of color and immigrants and LGBTQ… and criminalizes poverty,” she says.

Parker is also taking on affordable housing as an issue, and points to a waiting list of more than 1,000 to get into a Section 8 apartment. She calls for “inclusionary zoning,” saying that the commission should obligate developers to include affordable housing in their plans.

Parker, a supporter of LGBTQ rights, has found opposition to spelling out these rights by current commissioners. She supports having a dedicated civil rights committee to hear out complaints, but some current commissioners don’t seem to consider offenses against LGBTQ individuals to be “real” discrimination, she says.

“All these struggles are connected,” Parker says. “When I look at equality in Athens, I’m looking at all marginalized people. They are put [into the margins] by the same systems, and all these people are hurting for different reasons.”