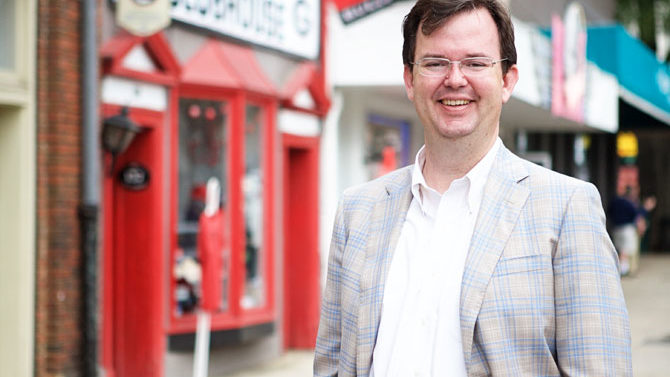 Voters electing a new Athens-Clarke County commissioner from District 7 have something that has been missing for more than a decade: a choice. Both current commissioner Diane Bell, in 2014, and former commissioner Kathy Hoard, in 2010 and 2006, ran unopposed. This is also only the second time since unification in 1990 that a woman won’t be representing the district.

Bell—who was widely criticized by constituents for her handling of a Milledge Circle demolition and efforts to form a historic district—is not running for re-election. This year’s candidates are attorney Bill Overend, small business owner Russell Edwards and insurance agency owner Carl Blount. Both Overend and Edwards have chaired the Athens-Clarke County Democratic Committee; Blount says that he, too, is a Democrat, “and I have the scars from many Thanksgiving dinners to prove it.” 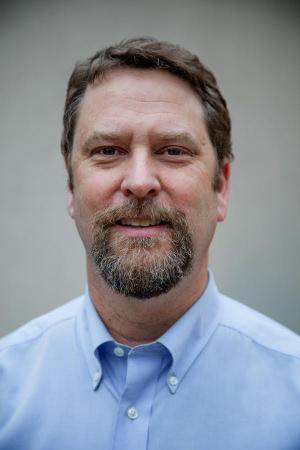 A native of Atlanta, Overend has lived in Athens since he earned his undergraduate and law degrees from the University of Georgia. Before focusing on law, he owned a tavern, was a journalist and worked with a sports marketing firm. He has been on the board of Athens Little League and the Athens Downtown Development Authority, which he chaired for two years.

The biggest problem facing the district, Overend believes, is the lack of parking. It’s a problem during the day, he says, and “it’s getting ready to be a night problem as well,” with more restaurants and businesses locating in the neighborhood. He sees two possible suitable sites for a small parking deck, and believes such a facility would benefit residents as well as businesses.

In the county at large, “we’ve got a progressive government that doesn’t make a lot of progress.” He thinks the government isn’t working for the taxpayers, and that a “management class” is running things, not the commission. And there needs to be more and better information about the process of designating a historic district, clearly laying out the rules and regulations.

“It should be ‘yes, if,’ instead of ‘no, but’ so people understand how designation works,” Overend says. “And the government needs to distribute more information so that we have less intentional ignorance, on a variety of issues. The government has to say, ‘This is what it means; this is what it doesn’t mean.’” 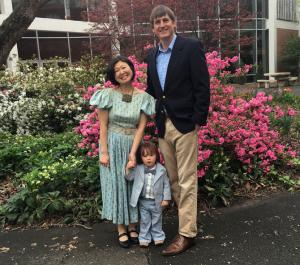 Peachtree City native and UGA law graduate Edwards, who owns Agora Vintage downtown with his wife, Airee, has been walking through District 7 for months, learning what issues concern residents. There are two big ones: historic preservation and traffic. Edwards was instrumental in helping residents along Milledge Circle petition for historic district designation.

People he has talked with during canvassing love the eclectic architecture in Five Points and want it protected, he’s found, and they want the neighborhood safer for pedestrians and cyclists. He believes the historic designation process needs to have a six-month limit, “because when you drag on the process, people lose interest. It needs to be a more efficient process, with better information.”

Traffic calming is a concern as well. The Five Points intersection is a problem—he wants crossing the road to not be life-threatening and wonders if a “scramble” like the one at Baxter and Lumpkin streets would work. And he thinks a parking facility could help neighborhood businesses.

Countywide, Edwards thinks the local government can do more to make downtown more welcoming to families with children and to senior citizens—after all, Athens is fast becoming a retirement mecca. Just as there are tax abatements for conservation districts, he says, maybe there could be property tax abatements for seniors on fixed incomes, “so people can age in place.” He thinks the commission’s two most beneficial actions in recent years were Sunday bus service and paying all employees a living wage, “because it shows that government cares for its workers, and it places us in a stronger negotiating position with any business wanting to come to town.”

Why should someone vote for him? “Because they want a responsive commissioner who listens to their concerns, who cares about what they say and who follows up,” he says. At the request of residents, he recently asked county traffic officials about making the two-way stop sign intersections on Dearing Street all four-way stops to be more consistent.

Blount’s ancestors have lived in Burke County, outside of Augusta, for 200 years—the fact that he and his family are making Athens their home indicates how much he loves the town, he says. A graduate of UGA with a focus on risk management, Blount had been thinking about running for office for several months but decided for sure in early February with the approval of his family.

As a small business owner—he owns his own insurance agency, specializing in agriculture—he says that serving in public office “is something you do as a good citizen. You help to improve the lives of your fellow citizens, your neighbors.”

Though he has not held elected office, Blount has been active in the Athens Rotary Club and LEAD Athens. During his canvassing of District 7, he has heard from residents who worry about historic preservation—how will a district affect a property owner’s rights?—and about traffic. The Five Points intersection, along with the one at Lumpkin Street and Westview Drive, is of particular concern. Some people are concerned about the recent spate of cars being ransacked for change and belongings.

Countywide, Blount wants to focus on improving public education and reducing Clarke County’s poverty rate. He wants to work to bring more and better jobs to the community and help small business owners “expand and create new employment opportunities. The perception is that we’re not business friendly,” he says. “We need to make it easier to bring new businesses to the county.”

Why should someone vote for him? “I’ve owned my own business for 12 years and have been involved with various civic issues,” he says. “If you want a pragmatist, I’m the candidate for you.”