How to Get Along With Neighbors—People, Pets and Wild Animals 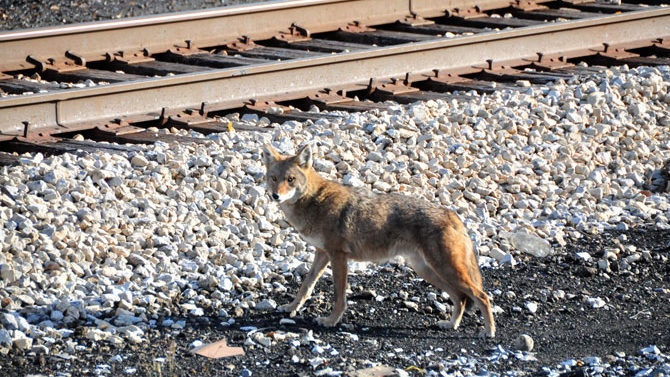 Good fences make good neighbors, Robert Frost once wrote, but so do good conversations. The best way to avoid conflicts with neighbors is to talk to them, according to panelists on a Federation of Neighborhoods forum last week called “Neighborhood Living 101.”

Noise is one of the biggest complaints, followed by people parking in their front yards, according to Doug Hansford, director of the Athens-Clarke County Building Permits and Inspections Department, which includes code enforcement. “We love having students, but sometimes there are lifestyle clashes,” Hansford said. “We don’t target students, but a lot of that is student living.”

And every year, a new crop of freshmen has to be educated on the law—and, sometimes, common courtesy. “We have to start over every year because of however many new students we bring in,” said Sgt. Tony Kincaid of the ACC Police Department.

“One of the keys is to get to know your neighbor,” Hansford said. For instance, the grass next door might be too long, but talking to the resident rather than calling code enforcement might reveal that he’s been sick.

ACC law prohibits more than two unrelated people from living together in single-family zones. It’s hard to prove a violation, Hansford said, but code enforcement tries to address the symptoms, like front-yard parking. Overall, 90 percent of the time, a warning is all it takes. “Most of the time, we do get good compliance,” he said.

Likewise, Animal Control issues 20 warnings for every ticket, said David Fluck, director of the Central Services Department, which oversees Animal Control. “We try to go by a philosophy of learn and comply,” he said. “We don’t want to issue citations and burden the court system if we don’t have to.”

They get calls about dogs being illegally tethered or lacking food and water, but the most contentious issue is often barking. The local barking law is intentionally complex, “so a neighbor can’t get even if they just don’t like each other.”

While Animal Control picks up stray dogs, one attendee asked why they don’t pick up more of the many stray or feral cats around town. “We don’t have the resources to go out and trap every cat that’s on someone’s property,” Fluck said, but the department will lend people humane traps.

Neighbors are not just people or pets, though—increasingly, it seems, they’re wild animals. Prompted by a rash of coyote sightings in town and on the Eastside, according to moderator Suki Janssen, the federation also invited Georgia Department of Natural Resources wildlife biologist Drew Larson to speak on the panel.

Coyotes are native to the West, Larson said, where their population is kept in check by apex predators like bears, wolves and cougars. They made their way east of the Mississippi in the 1970s or ’80s, and with a lack of natural predators in the Southeast, they’ve flourished. “Now they’re in every county in the state, and they’re here to stay,” Larson said.

Stories have circulated of coyotes—omnivores that mainly eat fruit, rodents and other small animals—catching small pets, but Larson said they shy away from people. “Being opportunistic, they can [prey] and have preyed on cats or small dogs, but generally speaking they want to avoid humans at all costs,” he said. “…Probably a significant amount of feral cats have fallen prey to coyotes, but it’s hard to say.”

Fewer than 400 people have been bitten by coyotes nationwide in the past 35 years, compared to more than 4 million dog bites, according to Larson. ACC Animal Control Administrator Patrick Rives said he’s aware of only two instances when a coyote bit a pet dog, although that figure only counts dogs that have been through the county pound.

The most common calls, Larson said, are about bats. Residents will sometimes awaken to find a bat flying around the bedroom, and they must be treated for rabies, because bats can bite a sleeping person without them knowing it.

Deer are also commonly seen in urban and suburban areas, especially during rutting season from October through December. “In the fall, deer start breeding, and they move,” Larson said. “It’s another issue like coyotes—they’re not going away.”

DNR relies on hunters to keep the deer population under control, Larson said. But in most parts of Athens-Clarke County, it’s illegal to discharge a firearm or shoot an arrow, Kincaid said. (Likewise, there are no restrictions on killing coyotes, as long as local gun laws are followed.)

Government agencies will pick up dead animals in the road, but which one depends on which road, said Janssen, who’s also director of the ACC Solid Waste Department. Solid Waste handles roadkill in the “urban services district”—basically, inside the Loop. Outside the Loop, that’s handled by the ACC Transportation and Public Works Department on local roads, and by the Georgia Department of Transportation on state highways. The carcasses are buried in the county landfill, unless they’re pets, in which case workers will try to contact the owner first, Janssen said.