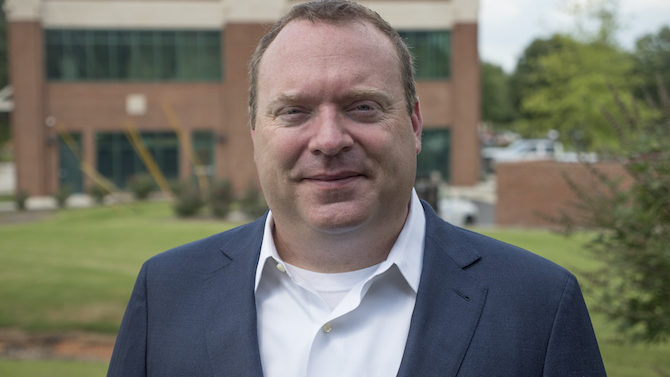 Local executive Joe Hunt is mounting a GOP primary challenge to Rep. Jody Hice for his seat in District 10 in the U.S. House of Representatives.

A native of Elberton and vice president of franchising for Zaxby’s, the Oconee County-based chicken finger chain, Hunt says he decided to run in the upcoming election because it is “un-American” for someone to run unopposed. “No one should have a path that clear,” Hunt says. After walking out of the voting booth in 2016, when Hice ran unopposed, Hunt recalls thinking “that cannot happen again.” He also says he doesn’t believe Hice represented him or his interests in Washington, DC, and has never voted for him.

Hunt believe that his campaign has the ability to take on Hice, even though Hice won the Republican primary, the subsequent runoff and the general election in 2014. “When there is no better option, it comes down [to party],” he says.

Hunt is differentiating himself from Hice on social issues, coming from a center-right stance on issues ranging from the environment to abortion. When it comes to climate change, Hunt says he has to rely on the findings of scientists, and supports green initiatives as long as they don’t burden businesses.

Hunt says he is personally conflicted on the issue of abortion, but believes Republicans’ efforts to outlaw it are in vain. “The law was decided in 1973. It’s wasted energy to spend time on it otherwise,” he says.

On immigration policy, Hunt believes that the current process should be more streamlined to allow for hardworking immigrants to legally gain entrance into the country. He supports the DACA (Deferred Action for Childhood Arrivals) program and believes DREAMers should be able to gain legal status, but he does not support chain migration, a policy that allows immigrants to sponsor immediate family members, such as parents or children, who are applying for visas. Hunt also supports Clarke County Sheriff Ira Edwards’ policy of honoring Immigrations and Customs Enforcement’s requests to detain suspected undocumented immigrants for deportation, and believes that the detention and deportation of undocumented immigrants by ICE agents is simply a part of the law.

A balanced budget is a top priority for Hunt, and he realizes it will take bipartisanship to achieve this. “I think zero-sum politics is a loss,” he says. “There has to be an appetite for moderates. We have to break the stalemate.”

Hunt says his experience in business has prepared him to give a voice to the people of the 10th District. “Even if you disagree on political ideology, you still need to be representative of the people who are paying you to go to Washington,” he says.

Hice, a former pastor and talk-radio host who lives on Lake Oconee, is one of the most conservative members of Congress. Before he was elected in 2014, he said that women should seek their husbands’ approval before running for office, abortion is worse than the Holocaust, and Christians should be able to deny services to gay couples. In Congress, he voted to repeal the Affordable Care Act, and he opposes DACA.

At least four people have said they’re running for Hice’s seat in the 10th District, which stretches from Athens to Milledgeville and the Augusta suburbs to Henry County on metro Atlanta’s southern edge. They include Hunt; another Republican, Bradley Griffin, who takes a hard-line stance on immigration and law enforcement; and Democrats Chalis Montgomery, a Barrow County music educator, and Richard Dien Winfield, a University of Georgia philosophy professor. Montgomery supports a $15 minimum wage and universal single-payer health care, while Winfield is running on a guarantee of a federal job for anyone who wants one.

The district leans heavily to the right—Hice won 66 percent of the vote against Democrat Ken Dious in 2014—but Democrats are hopeful that outrage over the Trump Administration will help them make gains.