The 411 on the Terrorists Taking Over Iraq 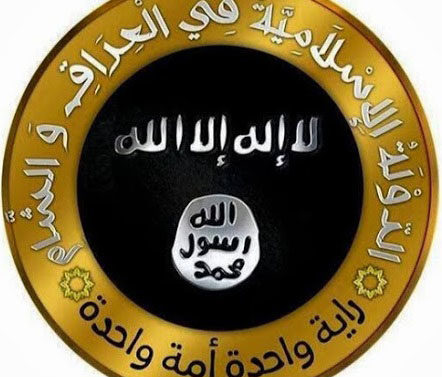 We were told in 2003 that there were terrorists in Iraq. There weren’t. Now there are. We were told a lot of things by the Bush-Cheney folks. A lot was kept from us. It’s no surprise, then, that nobody knows what the hell is going on in Iraq.

The Islamic State is a Sunni Muslim group currently fighting to establish a hardline Sunni territory—an Islamic caliphate under Sharia law—in northern and western Iraq and across the border in eastern Syria, all of which is largely Sunni territory surrounded by Shia-dominated regions. The Islamic State immediately institutes Sharia law (strict Quranic rules, like what the Taliban mandates). Women are ordered to be covered, alcohol and cigarettes are forbidden and prayer is forced at gunpoint. They’re armed party poopers.

Dudes are so vicious that al Qaeda has even distanced itself from their tactics. Even al Qaeda is like, “Y’all are getting carried away. Tone it down a bit, show some restraint.” Whoa. It appears that al-Baghdadi, their 43-year-old leader, is in a battle for supremacy with al Qaeda chief Ayman al-Zawahiri, 64, and there’s something of a generational rift in the jihadist crowd. Islamic State is like Marlo from “The Wire”—an even more brutal leader pushing aside an already violent regime—and their freewheeling violence announces the willingness of this new generation of Sunni jihadists to disregard the codes and rules of engagement adhered to by al Qaeda.

In fact, Islamic State and al Qaeda affiliates have been in a bloody fight for dominance in the Syrian rebellion since that country fell into civil war. Islamic State appears to be emerging as the principal post-al Qaeda paramilitary player in the region, and their early victories in Iraq have made them the wealthiest terrorist franchise ever after the group straight-jacked the entire Central Bank of Mosul. The group might be able to generate revenue, as well, with the acquisition of Syrian and Iraqi oil fields and refining capacity in Iraq. They also have hella American tanks and weapons after they totally routed the Iraqi military in northern Iraq. In other words, their aim to create an actual state is off to a good start.

In the end, probably not—or not beyond the havoc they’ve already wreaked. The governments of Syria, Iraq and Iran are all Shiite, and the combined power of those militaries could smash the incipient state vying for a territory that threatens Shiite hegemony. The group is completely surrounded by enemies: Turks in the north, Kurds just next door, Shiite governments all around and Israel on the other side of Syria.

The Islamic State is, however, funded by Sunni oil money from Gulf states like Saudi Arabia, Kuwait and Qatar. There is no love lost between the Sunni Saudis and the Shiite countries, especially Iran. Iraq’s current government is seen as much too friendly with Tehran, and some of the wealthy Sunnis in the Gulf are eager to supply an anti-Shia force.

Will they attack the U.S.?

Seems doubtful. The group’s primary aim is to build an Islamic caliphate stretching from Spain and Morocco in the west to India and Pakistan in the east. Al-Baghdadi is the first Muslim leader to claim the title of “caliph” (leader of a potential caliphate) in nearly a century. His goals appear to be more regional than U.S.-oriented.