Athens Is Closer to Getting a Downtown Grocery Store 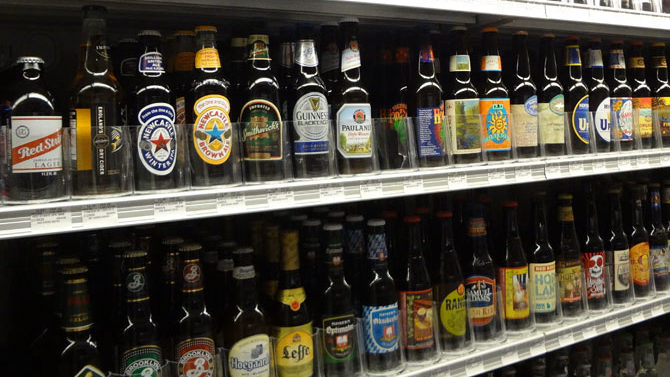 “We got a downtown grocery store yet?” state Sen. Frank Ginn quipped to open a meeting with Athens-Clarke commissioners last week.

Not yet. But a bill the Athens delegation pushed through the legislature last month could make it significantly easier to draw a long-awaited supermarket to downtown.

The brainchild of freshman Rep. Spencer Frye (D-Athens), who handed it off to Rep. Chuck Williams (R-Watkinsville) and Ginn (R-Danielsville) to finesse through the Republican-dominated, House Bill 517 was awaiting Gov. Nathan Deal’s signature at press time. It would let local governments lift a prohibition on retail beer and wine sales within 100 yards of college campuses—a ban that covers a wide swath of downtown Athens due to its proximity to the University of Georgia.

“Our intown residents deserve an opportunity to grocery shop in their local neighborhoods, if they so choose,” Williams says. “Residents who do not own automobiles face an extra challenge in shopping for food and getting that food back to their homes. And the presence of intown grocery shopping options should encourage intown living for those who desire that option.”

Senators amended the bill so it applies only to stores that that devote less than 15 percent of their floor space to alcohol in order to keep out package stores.

The U.S. Department of Agriculture considers downtown Athens to be a food desert—a place where fresh food isn’t available within a mile’s walk—although its data doesn’t take into account small, independent stores with limited selections like the Daily Groceries Co-op. Grocery chains often shy away from urban areas in general for many reasons, one of them being the inability to sell high-margin beer and wine in downtown Athens.

A grocery store is essential for a true urban lifestyle, which Dwyer defines as “the ability to choose not to drive your car, rather than be a slave to your car like you are in a traditional suburb.”

The bill would remove one major obstacle to a downtown grocery store, said David Dwyer, a real estate consultant who is working with a group of Chicago investors on a mixed-use development that would replace part of SunTrust Bank and a surface parking lot on Broad Street between Lumpkin and Hull streets. Plans call for apartments above two floors of retail, including spaces of 25,000 square feet, 15,000 square feet and several smaller ones that Dwyer envisions filled by a diverse mix of national, regional and local businesses.

Although Walmart backed out of Selig Enterprise’s proposed Oconee Street development last year, a grocery store remains a possibility there as well. HB 517 “will eliminate a major hurdle to getting a grocery store downtown,” says Selig Vice President Jo Ann Chitty. “We continue to talk to a variety of prospective tenants, including those that sell groceries, food, and beer and wine. Whether a grocery tenant ends up in our project or in another location in downtown Athens will be a positive for everyone.”

“Selig continues to refine its design and details of the project,” Chitty adds, and now anticipates a 2015 opening date.

Stumbling blocks remain. With hundreds of downtown apartments under construction and more growth in surrounding neighborhoods that are underserved by retail, Dwyer sees a market emerging for a downtown grocery store—even if the companies themselves don’t realize it yet.

“We’re not going to have a traditional grocer there,” he says. “Those folks want, wherever they can, to have a 50,000 square foot box inside of 20 acres of parking.”

After all, unlike someplace like Chicago or New York City, most people in Athens can easily get out to the suburbs to shop, even if they don’t want to. Land is cheaper on the outskirts of town, and the ability to copy the same model with the same layout over and over improves efficiency and profits.

“Implementing a 60,000 square-foot grocery store, of a conventional type, within an urban context is not achievable because it requires too large a site to accommodate parking and does not relate well to its context,” according to a 2003 University of Cincinnati study that envisions an urban store design that encourages wandering and makes more efficient use of space.

Dwyer says he was influenced by grocery stores near Emory University and in Midtown Atlanta and Miami, as well as the old department stores in the Michaels Building on East Clayton Street. His design includes mezzanines inside retail boxes to maximize floor space and deal with the SunTrust site’s sloping topography.

The development will include structured parking, and shoppers could also park in the West Washington Street deck. Corporate executives, though, have questioned whether Athenians are ready to roll a shopping cart across the street and up an elevator to get back to their cars, Dwyer says.

Like Chitty, Dwyer says he’s approached every traditional grocery store chain in the Athens area, and they all passed. A locally-owned independent store isn’t likely to be able to pay high downtown rents on the sector’s slim margins. But smaller chains that specialize in urban stores (EarthFare, as a hypothetical example) are still in play, he says.

The nonprofit Urban Land Institute predicted “a revolution in store design, location in mixed-use projects, parking solutions and roles within neighborhoods” in 2011, citing several dense, walkable projects in Washington, DC, and Portland, OR. Such developments include less parking, usually above or below the store or surrounded by shops.

But urban grocery stores haven’t worked in every city. In Tampa Bay, FL, where Mayor Bob Buckhorn has pronounced a downtown supermarket one of his top priorities, the dominant chain the region, Publix, recently pulled out of an urban redevelopment project, according to the Tampa Bay Times. At the same time, in nearby St. Petersburg, another chain, Sweetbay’s, closed a store in an urban community, the newspaper reported.

In spite of the difficulties, Dwyer says he’s more determined than ever to bring a grocery store downtown after the legislature passed the beer-and-wine bill. “I was up in Atlanta a couple of times while they were working on this, and I can tell you it was Herculean effort on the part of the people representing us,” Mayor Nancy Denson says.