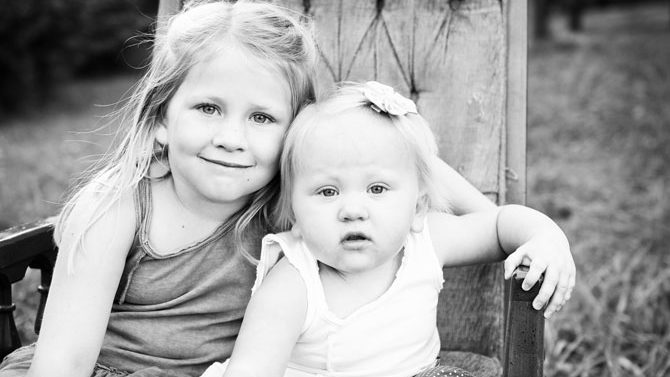 For anyone living through cancer, itâ€™s a punch in the gut to hear the word â€œrelapse.â€ In many ways it is worse than hearing about an initial diagnosis. This time, you know what to expect: the pain, the sores, the sickness, the sheer boredom of living in a sterile room for days and weeks. What makes it worse the second or third time around is the fear that comes with knowing that each attempt at a cure has a smaller chance for success.

On Feb. 8, Chad and Susanna Needham were told that their two-year-old daughter Piper Jean had relapsed for the second time.

â€œHearing that Piper had relapsed once again was devastating,â€ Susanna says. â€œItâ€™s a tangible grief that makes your fingers numb and forming sentences difficult. You know too much this time around to be lulled into false hope.â€

Piper has been fighting Acute Lymphoblastic Leukemia since she was diagnosed on Sept. 15, 2009, when she was only 10 weeks old. She was given slim chances of making it to the age of one, and yet here she is at two-and-a-half, still fighting. But she is very sick. She is at St. Judeâ€™s Childrenâ€™s Research Hospital in Memphis, undergoing an experimental treatment: doctors infused her with some of her mother’s disease-fighting cells, called natural killer (NK) cells. NK cells, which are a type of white blood cells, are especially good at attacking cancers.

It is Piper’s last chance for a cure. Experimental treatments like NK cell treatment are only possible because of research grants from the government and from private foundations that raise funds for research. According to the National Cancer Institute, cancer is the leading cause of death from disease for children between infancy and 15 years of age. About 11,210 new cases are expected to be diagnosed each year in children 14 and under.

Doctors are doing all they can to fight Piperâ€™s cancer, and now the Needhams want to help hospitals like St. Judeâ€™s get the money they need for research â€” by shaving their heads. They have formed a team called Perfectly Piper for the St. Baldrickâ€™s Society, an organization that raises funds for childhood cancer research through events for which participants collect sponsorships to shave off all their hair in solidarity with children undergoing chemotherapy. Piperâ€™s family members are finding sponsors for their team, Perfectly Piper, in advance of a St. Baldrickâ€™s event Mar. 31 from 2 to 5 p.m. at the Blind Pig Tavern on Broad Street. The money they raise wonâ€™t help Piper or her family directly, but it will help children like her.

Piperâ€™s first relapse came last summer, after her treatment was cut short because of complications from a virus called Cytomegalovirus. One of the biggest indicators of the aggressiveness of a cancer relapse is how quickly it comes back when treatment ends. For Piper, it was almost immediate. That meant chemo was no longer working for her. The Needhams were told her only chance was a bone-marrow transplant.

â€œYou go into fight mode,â€ Susanna says. â€œThere was no time to truly question whether this was the right choice or not, as we knew time would not be leukemiaâ€™s friend.â€

The family decided to live as normally as they could while Piper received outpatient chemotherapy to get her back into remission in preparation for the transplant. A perfect donor was found and the family was optimistic. Piperâ€™s older sister Linley, 7, played soccer for her schoolâ€™s team and Chad continued his studies in engineering at the University of Georgia. They celebrated an early Christmas, giving Piper a play kitchen and Linley a dollhouse. They took a family trip to Stone Mountain, where Susanna vacationed as a kid, and ignored the world around them. They lived life as a family to the fullest, knowing the trials ahead.

On Dec. 28, having had six sessions of full-body radiation to kill her own marrow, Piper received a simple bag of potentially life-saving cells from a stranger who was brave enough to put her name into the donor registry. The marrow is given almost like a blood transfusion during the procedure, and Piper was able to play, snack and sleep as normal throughout its entire five hours.

From there, she slowly began building back white blood cells. At the beginning of February, Piperâ€™s bone marrow showed 100 percent donor cells. That was the news her family was hoping for, but only a few days later, on Feb. 8, it was discovered she had relapsed again. Her marrow had gone from 100 percent healthy donor cells to 89 percent leukemic cells. Piperâ€™s leukemia had come back with a vengeance and the Needhams were told that NK therapy was their last hope. Piper was given chemotherapy to keep her stable until she could be admitted to the program, which only accepts patients 60 days past bone marrow transplant.

Chad dropped his studies for the semester, Linley was given permission to do her school work from home, and the whole family packed up and moved to Memphis for the duration of the treatment.

â€œWe have felt divided throughout Piperâ€™s treatment, so we felt we needed to stick together. Home is where this family is, and these girls need both their parents, and they need each other,â€ says Chad.

Susanna and Chad are grateful to all the doctors and nurses for giving their child a fighting chance. Without research, new treatments cannot be discovered to help with difficult cases like Piper’s. Great gains have been made with childhood cancer treatment in recent years. According to the National Cancer Institute, the five-year survival rate of all childhood cancers combined has gone from less than 50 percent in the 1970s to 80 percent today. Among the major reasons for that increase are improvements in treatments and the high rate of pediatric patients in clinical trials. But infant leukemias like Piperâ€™s are extremely rare and aggressive, so treatment options are still limited.

The problem is that all cancers are different and require different treatment courses. Only a fraction of federal and private funds go to research for childhood cancers, because they are not as prevalent as adult cancers. That’s why it’s significant that the St. Baldrickâ€™s Society raises funds specifically for pediatric and adolescent cancers.

Four of Piperâ€™s family members are planning to shave their heads at the Mar. 31 event: her grandmother Charlotte Needham, her uncle Nicholas Grant, Chad and Linley.

Linleyâ€™s decision to participate has caused some controversy in the family. Susanna was against it. She felt that having one bald daughter was hard enough, but seeing both her children like that might be too much stress for her. But Linley persisted and insisted. She had been tested as a possible bone marrow donor, along with her mother and father, but none of them were compatible. Linley wanted to do something for her sister, and this was all that was left for her.

“I think it will be fun to raise money for kids that have cancer,â€ says Linley. â€œIâ€™m also going to give my hair to Locks of Love first so I can help other little girls who are sad cause they don’t have hair, and then shave it to help other kids get better.”

The Needhams’ goal is to reach $15,000 in sponsorships for the St. Baldrick’s event. If you would like to donate to the cause, shave your own head at the event or read more about the Perfectly Piper team, visit the teamâ€™s website. And, to read more about Piperâ€™s battle and the Needham familyâ€™s life, go to Susannaâ€™s blog.