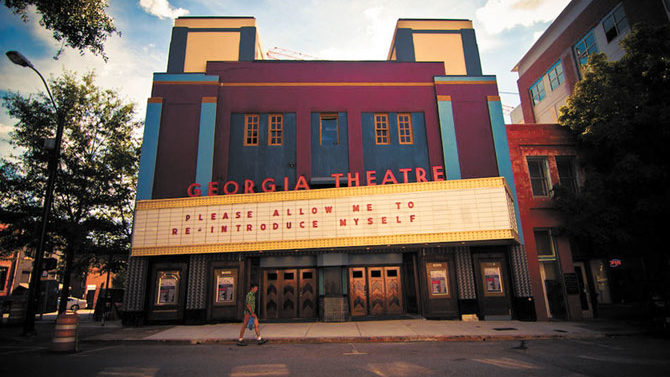 Police closed off the area around the Georgia Theatre Thursday afternoon due to possible bomb threats downtown that turned out to be a false alarm.

“We take any threats seriously and through our partnership with UGA Police, agencies responded jointly and cleared the area,” said Sgt. John Q. Williams, the acting public information officer for the Athens-Clarke County Police Department. “The area has been opened to normal traffic, and officers have left the area.”

According to the theater’s general manager, Drew Beskin, someone called police and reported bomb threats at several locations.

“We all believe it to be a bogus bomb threat, but [ACCPD] took it seriously to be safe and inspected the venue with a bomb-sniffing dog,” Beskin said. “Everything is fine, and everyone is safe.”

The music venue has been closed since the COVID-19 pandemic hit Georgia in March.