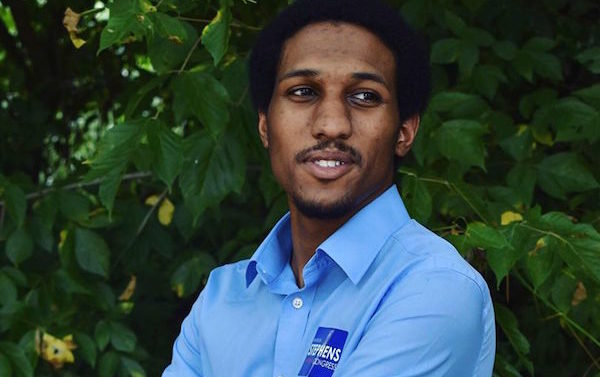 A 23-year-old political consultant will serve out the year as the District 2 representative on the Clarke County Board of Education, other board members decided Thursday. A majority of the BOE selected Antwon Stephens from among five applicants to replace Frances Berry, who resigned in December.

In a speech to the school board at its Jan. 16 meeting, Stephens said he is concerned about the school-to-prison pipeline. He called Vernon Payne—who held the East Athens seat for decades before illness forced him to resign—a mentor. “I’m tried, I’m tested, and I’m ready to serve,” he said.

Stephens is perhaps best known as a potential candidate for Athens-Clarke County mayor in 2018, although in the end he opted not to run because of health problems. He also made headlines in 2013, when he ran for chairman of the Democratic Party of Georgia as a 17-year-old and faced charges of not paying speakers at a tea party conference he organized. Despite not being old enough to serve in Congress, he has been running as a Democrat against U.S. Rep. Doug Collins (R-Gainesville).

His main rival for the seat was Mary P. Bagby, a regular at board meetings who is prone to eyebrow-raising statements at the podium, such as comparing a board member to the Nazis and calling for former superintendent Demond Means to receive a $3 million settlement. She told the board last Thursday that she felt called to apply by a CCSD tote bag.

Bagby also applied for the seat last year, after Payne resigned, but the board chose Berry over her and former Athens-Clarke County commissioner Harry Sims.

Other applicants this time included Rafaela Delgado Marin, a Mexican immigrant and mother of two CCSD graduates; and Giovanna McDavid, a former CCSD parapro. A fifth candidate, comedian Alia Ghosheh, withdrew and told the board it needs a bilingual member.

After much confusion about the voting process, the board decided to vote on all four candidates at once, eliminating the candidate with the fewest votes after each round. The board deadlocked, with LaKeisha Gantt, Charles Worthy and Linda Davis in favor of Bagby; Tawana Mattox and Patricia Yager in favor of Stephens; and Greg Davis and Kara Dyckman in favor of Delgado. John Knox did not attend the meeting.

While Greg Davis argued that the board would benefit from a Latinx member because 25% of CCSD students are Latinx, he and Dyckman eventually switched their votes to Stephens. Mattox cited Stephens’ youth and experience as a recent CCSD student, while Linda Davis touted Bagby’s decades of service in the community. That prompted an angry outburst from Worthy, who called the talk of age “discriminatory.”

The term runs through the end of the year, and the seat will be up for grabs in this May’s nonpartisan elections. Stephens said on Twitter that he plans to run, and will put off his congressional campaign for two years.

Linda Davis proposed that the board pre-emptively name Bagby to the seat in the event Stephens doesn’t finish out the term, but her motion was voted down.

The board also elected officers for the next two years. Gantt will continue as president, with Mattox replacing Linda Davis as vice president. Worthy objected to Gantt’s re-election, pointing to a policy that prohibits officers from serving consecutive terms. However, Gantt has only served a quarter of a term—she was elected in June to replace Jared Bybee, who resigned his seat because his family was moving.