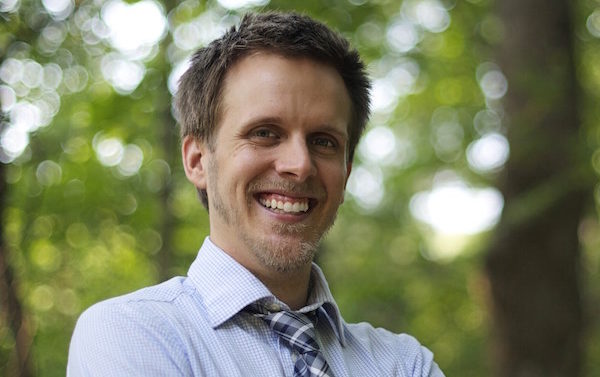 Clarkston Mayor Ted Terry is joining what is shaping up to be a crowded Democratic field for U.S. Senate.

The Atlanta suburb, a city of about 13,000, is home to many refugees and often referred to as the most diverse square mile in America.

In his campaign announcement, the 36-year-old touted his record as the “millennial mayor,” including decriminalizing marijuana, enacting a $15 minimum wage for city employees and making Election Day a holiday.

“If you believe health care is a right, that every American should be able to access a good paying job with benefits, that diversity makes us stronger, that hatred has no place in our country, and that climate change is a threat that needs action now, then I need your help,” he told supporters.

The AJC has more on Terry’s platform, which is not quite as progressive as he’s making it out to be.

The winner will face Republican Sen. David Perdue in November 2020.

Terry is well-known in Athens political circles. After graduating from the University of Florida in 2005, he moved to Athens and worked on Jane Kidd’s state Senate campaign. Later he worked for Kidd when she became chairwoman of the Democratic Party of Georgia. He also worked for former Athens-Clarke County commissioner John Barrow’s 2010 congressional campaign and endorsed Tommy Valentine’s bid for ACC commissioner last year.

Terry was in Athens this December in his role as executive director of the Sierra Club’s Georgia chapter pushing for ACC to commit to 100 percent clean and renewable energy, which the mayor and commission later adopted.

Poverty Pulls Schools Down, But Schools Don’t Pull Poverty Up.