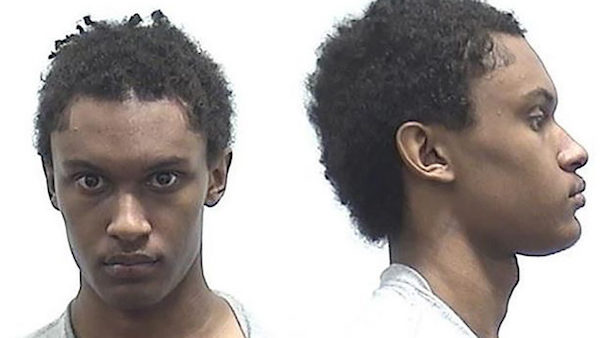 Police arrested a suspect early Tuesday morning and charged him with robbing one UGA student on Monday and shooting another during a second robbery minutes later.

Zarren Garner, 20, was arrested in Gwinnett County at about 1:40 a.m. by Athens-Clarke County police, with assistance from Gwinnett County police and the Georgia Bureau of Investigation and FBI. He was booked into the Clarke County Jail at 3:39 a.m. and charged with two counts of armed robbery and two counts of aggravated assault. He is currently being held without bond. More charges may be added, said Special Agent Mike Ayers, head of the GBI’s Athens bureau.

Garner is an Athens resident, according to ACCPD Chief Cleveland Spruill, but some records list him as having a Grayson address, in Gwinnett County.

Police say that Garner robbed a 21-year-old man of his cellphone in the parking lot of the Milledge Place apartment complex off South Milledge Avenue near the Loop a little after 7 a.m. on Monday. Minutes later, Garner tried to rob a 22-year-old UGA student who was waiting for a bus nearby and shot him multiple times. He then drove away in a white 2003 Ford Mustang convertible with a tan top.

“Few instances could be more concerning than a young man standing at a bus stop, waiting to go to college, who is accosted by an armed assailant, robbed and shot,” Spruill said.

The second victim, Robert Tate Prezzano, a junior communications major and lacrosse player from Milton, suffered life-threatening injuries. His father, Dobbin Prezzano, told reporters today that his son was shot in the head and neck, but was able to give a thumbs-up. Cambridge High School, where Tate Prezzano went, reported that his is expected to make a full recovery.

The shooting sparked a “massive manhunt,” Spruill said. GBI released a sketch of Garner—who looks like he cut off his dreads or braids that appear in an earlier jail mug shot—Monday afternoon, and Spruill credited tips authorities received from the public for leading to his arrest. Garner also has a “low-level criminal background,” so he was already on law enforcement’s radar, according to Spruill.

“It is a prime example of what happens when people work collectively as a team,” Ayers said.

With UGA alumni and parents of UGA students scattered all over the state, the shooting has drawn intense media attention. The Prezzano family even received a phone call from Gov. Brian Kemp, Dobbin Prezzano said.