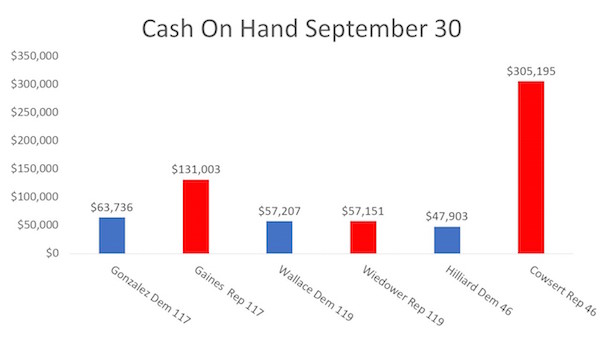 Marcus Wiedower, Republican candidate for the 119th House District seat, raised more than $80,000 from July 1–Sept. 30, topping all six candidates for Clarke and Oconee counties’ seats in the General Assembly.

Even with the drop-off in fundraising, Gaines still entered the final campaign period with a massive advantage in funds for his campaign.

Gaines reported having $131,003 available for the final election push. Only Cowsert, the powerful Senate majority leader, had more, with $305,195.

Incumbent Republican Sen. Frank Ginn in the 47th District raised only $18,200 during the three-month period, and Democratic challenger Dawn Johnson raised only $13,740.

Get to Know: Ashley Walls