Scott Freeman Is Out as Athens Police Chief 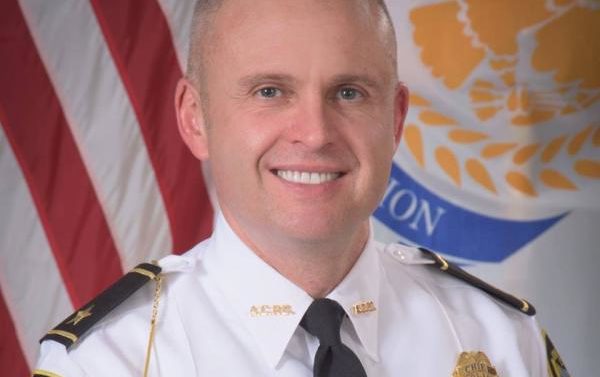 Scott Freeman is no longer chief of the Athens-Clarke County Police Department, but the circumstances surrounding his departure are unclear.

As an Athens Anti-Discrimination Movement town hall meeting about community relations with police was wrapping up, AADM co-founder Knowa Johnson announced that Freeman had been fired.

The Athens Banner-Herald broke the story at about 7:30 p.m., quoting Mayor Nancy Denson as saying that ACC Manager Blaine Williams had fired Freeman. The department’s turnover rate was high because of unhappiness with his leadership, Denson said.

“I wasn’t surprised that he was let go because I know there were several issues,” she told the ABH. “Evidently he wasn’t a good fit for Athens.”

Neither Williams nor Freeman immediately returned calls seeking comment. But about 20 minutes later, the ACC government issued a news release saying Freeman had resigned effective today. The announcement said he is leaving to “pursue other opportunities.”

Williams has appointed 30-year ACCPD veteran Capt. Mike Hunsinger interim chief, according to the news release. Hunsinger told Flagpole shortly before the release went out that an interim chief would be appointed, but he didn’t know who that would be. He declined to comment otherwise.

Freeman was scheduled to serve on a panel at the AADM meeting, but sent Capt. William Hood in his stead. Hood said he was not told why Freeman couldn’t make it and had only just heard the news that Freeman had been fired.

At the AADM meeting, Hood was asked about a rumor that ACCPD is down 70 officers. (It has 254 sworn positions.) Hood denied that there are that many open positions but said it’s true that some officers have left for higher pay elsewhere. Last year the state legislature approved Gov. Nathan Deal’s pay raises for Georgia State Patrol and Georgia Bureau of Investigation officers, which have led to an exodus from local law enforcement agencies that can’t afford to keep up.

Williams hired Freeman, then the chief deputy at the Rockdale County Sheriff’s Office, to take over for the retired Chief Jack Lumpkin in 2015. When he took the job, he said his mandate was to build on the work Lumpkin had done implementing community-oriented policing.

I’m a firm believer we have to have a firm stance on crime. The criminals we have to deal with effectively to send a message that crime is not going to be tolerated.

On the flip side of that, we have to involve the community in order to address crime issues. Without that trust and confidence and developing legitimacy within the community that we are here to provide a service, we would be a failure.

We are not an occupying military force, and we cannot be seen as such. We have to know who we are policing. We have to work with everybody regardless of race, ethnicity, socio-economic status. We have to get into the communities and address crime where it is. And we have to have the citizens’ support to be effective.

In the wake of the Black Lives Matter movement, Freeman started training officers to combat their implicit bias and instituted a zero-tolerance policy for racism and excessive force. Along the way, he ran into some controversies: He defended an officer who shot a man who appeared to reach for a gun during questioning, fired another officer who hit a fleeing suspect with his patrol car in violation of department policy, and declined to discipline a third officer who restrained an emotional 10-year-old boy during his father’s arrest. All three decisions were controversial.

Some commissioners had criticized Freeman for not promoting enough black officers, and there was also an uptick in gang violence last spring.

“I support his decision because of the facts of what happened,” Williams said. “Not because of pressure one way or the other. It’s what needed to be done.”

At the AADM meeting, co-founder Mokah Jasmine Johnson, one of Freeman’s informal advisors, said he had done a good job working with the community and speculated that he was fired because of it.

“When those officers are out there trying to do right, trying to engage with the community, this is what they risk,” she said.