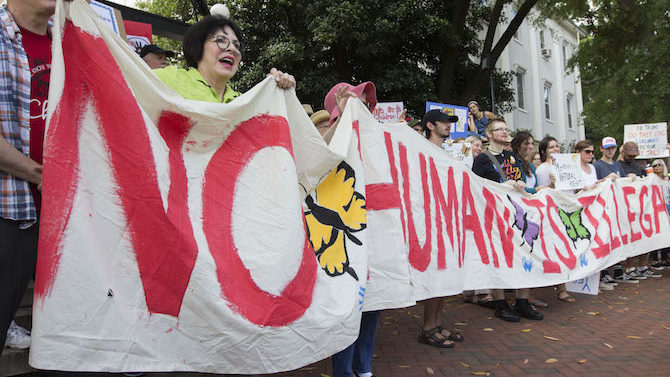 Athens joined dozens of cities around the country in holding a “Families Belong Together” rally Saturday morning to urge the Trump Administration to reunite families separated at the border.

More than 2,000 children were separated from their parents in June as the Trump Administration instituted a “zero tolerance” immigration policy.  Trump has since ordered families to be detained together, but many of the families initially separated are still apart.

Several hundred people participated in the Athens rally, which included a wire crate lined with dolls to represent children kept in cages at federal facilities.

New Law: Put Down Your Phone While Driving