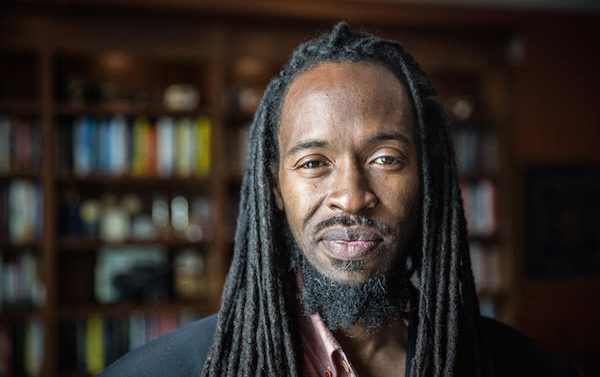 This comes as a bit of a surprise, given that Sims has been skeptical of the civil rights committee AADM has proposed creating, while fellow candidates Kelly Girtz and Richie Knight have been vocal supporters. ButJohnson could help Sims shore up his support among young people, which appears to be his weakest demographic.

From the Sims campaign’s announcement today:

Athens Anti-discrimination co-founder, Knowa Johnson, has taken a temporary leave from the organization to join the campaign committee to elect Harry Sims Mayor of Athens Clarke County. Knowa will be leading volunteer and outreach activities while serving as a senior advisor to Mr. Sims on issues affecting youth, inclusion and housing. Mr. Johnson assumes his new role immediately.

Former Commissioner and current Mayoral Candidate Harry Sims commented on Knowa joining the campaign stating, “Knowa brings the kind of smarts, passion and determinedness to the campaign that our whole community needs to solve our biggest problems. I look forward to working alongside him and learning from him during the campaign and beyond.”

Mr. Johnson’s appointment to the campaign committee comes at a crucial time when more citizens are questioning the inclusivity of the local government, political organizations and organizing coalitions.

Mr. Johnson offered his thoughts on the appointment saying:

“Over the last few years, I’veâ€‹ been blessed to learn more aboutâ€‹ and become a small piece of the fabric of Athens- a city I love and respect tremendously.”

“My family and I have engaged with the community in a critical effort to add inclusive, equitable, and effective elements to the political endeavors of all Athenians focusing mainly on music, art, entrepreneurship and politics. As a group of citizens, we have made great strides and progress.”

â€‹“â€‹I feel the upcoming mayoral election is a historic moment for all of us and have therefore decided to fully participate by informing, assisting and gaining support for Harry Sims. Thus, I have resigned my position as vice president of the Athens Anti Discrimination Movement and will join the campaign immediately.”

“Mr. Sims was â€‹born in a family with much culture and love, but grew up in a city that did not always recognize or support the minority community. That’s the story for too many in this town and a story I know well.”

“So, for the remainder of the â€‹mayoral campaign, I will work to make sure Harry understands and addresses the issues near to my heart. I support his campaign’s effort to move our city forward in these uncertain times”

Knowa Johnson co-founded the Athens Anti Discrimination Movement in 2016 with his wife Mokah, as a mechanism to seek constructive and effective ways to uncover, discuss and eliminate discrimination in Athens. The group has been credited for leading the call for new ordinances and remedies to discrimination as well as bringing a renewed focus to the problem.

Johnson, a hip-hop promoter, moved to Athens from Orlando in 2013 and founded the Athens Hip Hop Awards. He and his wife, Mokah Jasmine Johnson, later founded the AADM, motivated by the n•••••rita drink once served at the downtown bar at General Beauregard’s.

According to the Sims campaign, Mokah Jasmine Johnson will continue working with the AADM, which remains politically unaffiliated.