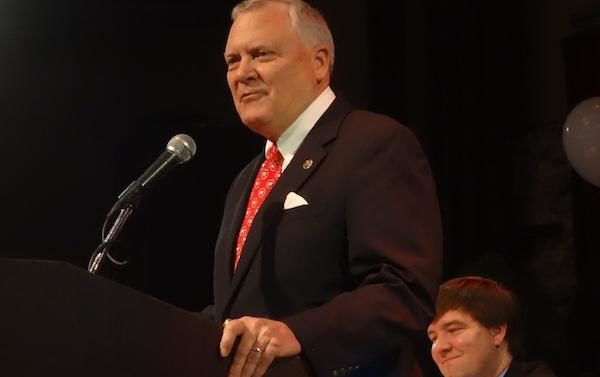 Just a few hours after this post went live, Gov. Nathan Deal waded into the reimbursement dispute between Piedmont Healthcare, which owns Piedmont Athens Regional and several other Georgia hospitals, and Blue Cross Blue Shield that has thrown thousands of Athens workers and their families out of network.

Deal ordered both sides back to the negotiating table late Tuesday afternoon to hammer out a new contract setting reimbursement rates for Piedmont doctors and procedures. The last one expired at midnight Saturday, affecting almost 600,000 state employees on BCBS plans.

If an equitable solution is not reached, I’ve directed the Department of Community Health and the State Health Benefit Plan to explore all possible solutions to ensure our members have access to care,” Deal said in a news release. “The university system stands ready to take similar action on behalf of its employees. “

Deal also announced that the state government and Board of Regents “will absorb out-of-network claims for affected employees for up to 30 days in order to minimize patients’ financial burdens.”

That applies to UGA employees, but it does not, however, help more than 3,000 Athens-Clarke County and Clarke County School District employees whose plans are administered by BCBS, nor those in the private sector, until the dispute is resolved.