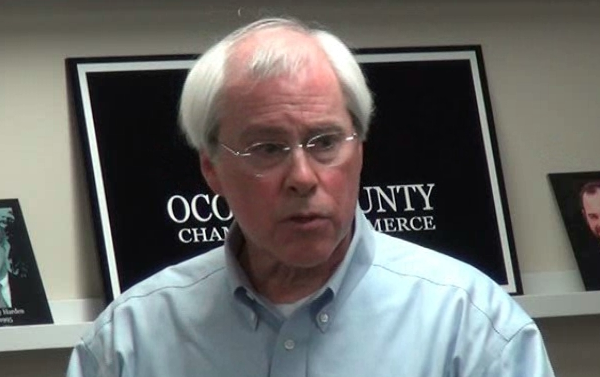 John Barrow, running as a Democrat for Georgia Secretary of State, told Oconee County Democrats last week that he was proud of his endorsements from Republicans, including from Oconee County Sheriff Scott Berry and from former Oconee County Commission Chair Melvin Davis.

“Believe me, to have someone like Scott and Melvin on there is an eye opener for folks who know the score,” Barrow said of his list of endorsements.

The more general point, Barrow said, is that it is important for political leaders to listen to people who have views different from their own.

“I think that is just as true for Democrats as it is for Republicans,” Barrow said.

Barrow was the featured speaker at the Oconee County Democratic Committee meeting on Tuesday night, where he followed Lisa Lott, a candidate running in the nonpartisan election on May 22 for judge of the Superior Court for the Western Judicial Circuit, made up of Clarke and Oconee counties.

Lott said she was challenging Regina Quick, appointed by Governor Nathan Deal to the judgship in August of last year, because she felt voters, not elected officials, should pick the Superior Court judge.