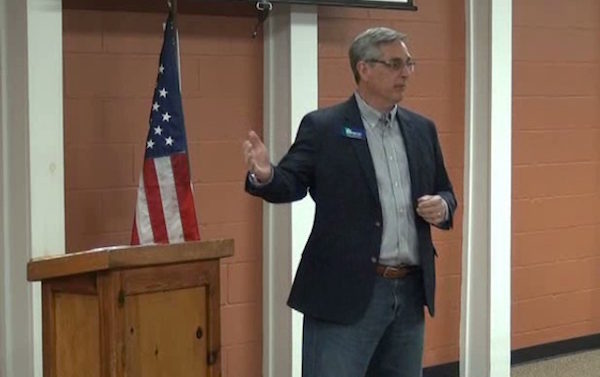 Brad Raffensperger told Oconee County Republicans he is motivated by three key issues in his bid to get the Republican nomination for Secretary of State in the May 22 primary.

“That’s why I’m running for Secretary of State,” said Raffensperger, who is from Johns Creek and now represents District 50 in the Georgia House of Representatives.

Raffensperger told the 25 people attending the Jan. 25 meeting of Oconee County Republicans at the very front of his talk that he was running for Secretary of State “to make sure that only American citizens vote in our elections.”

During what was labeled as the business meeting, Vice Chairman Ed Perkins told the group the party wants to make sure that Athens-Clarke County enforces its voting laws in the upcoming elections.

“We need to keep our eyes and ears on everything they do,” Marcus Wiedower, who was one of three Republican candidates defeated by state Rep. Jonathan Wallace in the November special election, said in response to Perkins’ comment on Clarke County voting law enforcement.

“We’re really dedicated to winning those seats back,” Perkins said. “The big issue is turnout.”